Confusion Sets In! YOLO Star, Aaron Adatsi ‘Forced’ To Release A Press Statement To Explain Why He Has Fathered A Child – READ

Popular teen actor, Aaron Adatsi aka Cyril of YOLO fame might have just been forced to release a press statement to explain to the world why he has fathered a child after he has championed the call on teenage boys and girls to remain chaste until they finally marry.

Well, until today, I was never aware that one was obligated to releases a full press statement to explain why he/she has given birth to a baby.

But as they say, there is the first time for anything and I guess on this particular score, the talented actor has set the pace in my books.

In a press statement sighted on his Instagram page some few minutes ago, Aaron tries to suggest that the birth of his son was not something he had properly planned but he happily decided to accept despite being an ‘ambassador’ for abstaining from sex until marriage because he didn’t want to be a hypocrite.

READ ALSO: Smart Shatta Wale Captured By Smarter Camera As He Puts His Hands Into The [email protected] Of Nikki Samonas In Public – Video

He further added that the birth of his baby boy, Ronny Jnr will make him better equipped in his capacity as the unofficial ambassador of Adolescent Sexual and Reproductive Health (ASRH) to educate the youth on the need to be careful about their choices when it comes to the act of s3.kz.

Anyway, I don’t really know what he sort to say or do with this statement but I am pretty sure that it will cause more confusion than it will address any concern – that is if there was any that needed to be addressed.

Read the statement below 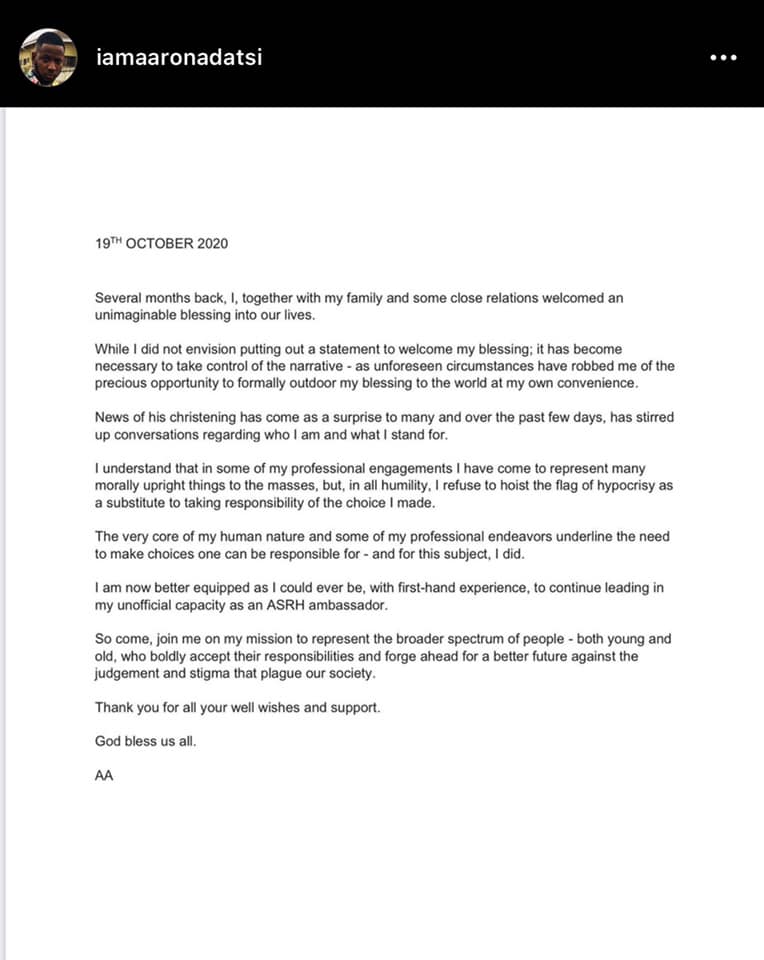