The son of controversial media personality, Afia Schwarzenegger, has denied having any knowledge about the video that is trending on social media in which he can be seen begging his crying girlfriend.

A fan questioned Afia Schwarzenegger as to whether she had seen the trending video of her son begging his girlfriend.

Afia Schwarzenegger replied that her son was with her so all the prostitutes could vanish. 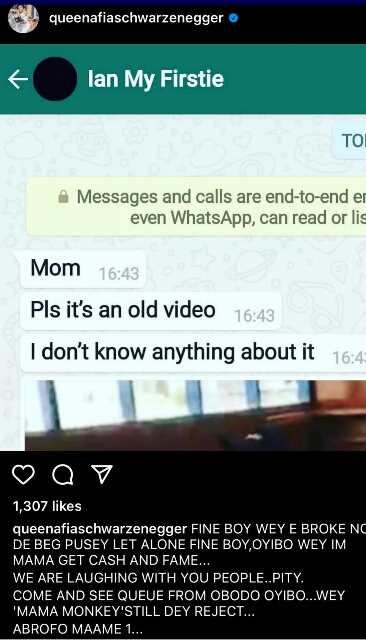 Afia also revealed that her children never shied from free pu$sy, which means that they would sleep with anyone who availed herself to them and then dump her.