One of the sons of loud mouth media personality, Afia Schwarzenegger, was seen in a recent video begging his girlfriend who can be seen seriously crying as if a close family member had died.

The son, who is one of the twins known as James Ian Geiling Heerdegen, was seen begging the girl known as Naa Koshie, in an effort to stop her crying. 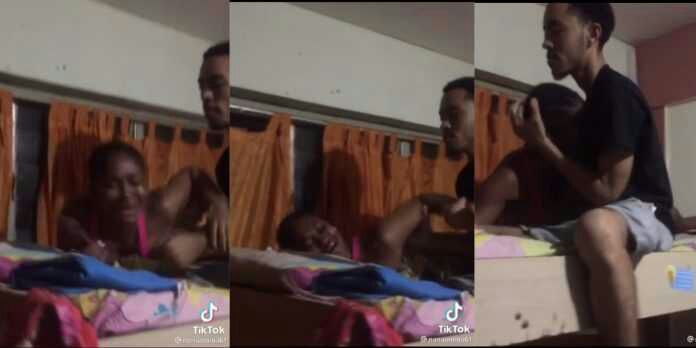 The rumored cause of the girl crying is said to be that she has been harrased on social media by Afia Schwarzenegger, who has stated that her sons were not going to date any girl in Ghana.

The young girl probably felt insulted and heartbroken and could be seen seriously crying.

We wonder who made the video though