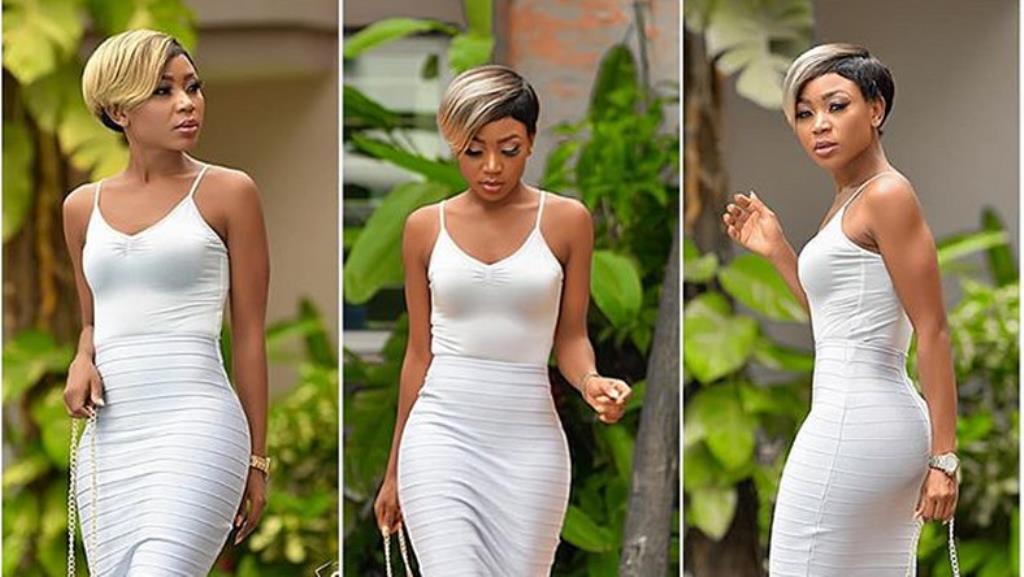 Ever since she gained some appreciable level of popularity in the Ghanaian entertainment space, social media sensation Akuapem Poloo has maintained that she is a drama queen who will do anything to make the headlines.

Well, in the last 48hours, it seems a group of people who supposedly hate her have been able to scheme and beat her to her own game in the most embarrassing way.

It all started when a lady based in the UK identified as Naana Brown in a viral video was heard making wild revelation about a very awkward video of Akuapem Poloo and a guy doing all the most crazy things people will do in their private rooms when the eyes of people are not on them.

The lady stressed that this man ‘knacked’ Poloo from the front and through the back in the said video.

After this revelation, many social media folks were dying to see the video just to confirm if the things the lady said in the video were true.

Well, a video came, but in that video, the things the lady said were not seen. However, it was just a video with the mother of one without any cloths on as she talked to someone on phone.

Shockingly, many people were disappointed that they did not see the things and actions the lady in a very dramatic way talked about in her viral video.

READ ALSO: Pappy Kojo shockingly tells his followers to be wise and do fraud

Fast forward to today, a new and different video has surfaced online and this time, it has the things Naana Brown said in her earlier statement.

What we cannot however confirm is whether or not this video has anything to do with Akuapem Poloo because the face of the person was not seen in this video.

The only things this lady in the video might have in common with Akuapem Poloo is her fair complexion and slim body stature.

READ ALSO: Afia Schwar Shamefully Flaunts Her New Mansion And Cars After She Was Exposed To Have Begged To Show Her Raw Backside For An Ambassadorial Deal Worth Ghc4000 – Watch Video

I bet you are eager to see this video to make you own conclusions. Well, we cannot publish the video here because it goes against our strict advertising policies.

But trust me, if you look for it very well, you can easily find it because it is already spreading like wild fire on various social media platforms -especially WhatsApp.

AY Poyoo Is Actually “The Real Goat”, His Reason For Becoming A Musician Will Shock You.

0
Popular Ghanaian fast-rising Comic rap sensation, AY Poyoo has uncovered the genuine motivation behind his decision to do music and why he opposed to...
Read more
Showbiz

0
Woodberry, who was arrested along with Hushpuppi, has hired a top lawyer who is based in Chicago, Michael Nash, to defend him over fraudulent...
Read more