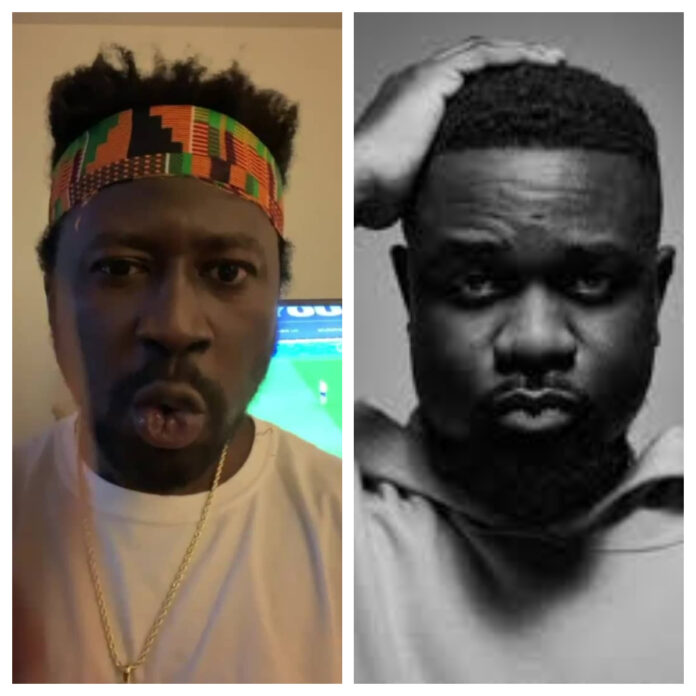 Rapper Asem in recent months has been throwing shots at Ghana’s most popular rapper, Sarkodie. Asem in his rap freestyles has labelled Sarkodie as a weak rapper and does not come close to him and just as expected Sarkodie also responded in kind by releasing a couple of songs which includes Subzero to shade Asem.

Many have been wondering why and how this beef between two of Ghana’s prolific rappers originated yet no definite answer has come to light since.

Well, Asem has clarified the cause behind his beef with Sarkodie and explains that it was Sarkodie who first attacked him through Appietus beat challenge.

Asem further stated that he has nothing against Sarkodie because he believes the beef is just lyrical but maintains Sarkodie is a weak rapper.

The No More Kpayor crooner took the opportunity to advise Sarkodie to compose danceable songs because they are able to stand the test of time that is what majority Ghanaians enjoy the most.

“Your baby mama says you have not been taken care of your child for years,” Asem told Sammy Forson

Watch the Video below

Shatta Wale Descends On Adom TV Because They Disrespected Him

0
Shatta Wale is back in the news again and as usual, he is lambasting somebody for disrespecting him. We all know he is allergic...
Read more
Hot Gossips

0
Ghanaian rapper Medikal and his beautiful wife, Fella Makafui took their time with the announcement of the birth of their child but after they...
Read more
News

0
A young fetish priest believed to be a member of the opposition party, NDC has been captured pouring curses against Rev Owusu Bempah in...
Read more