A young lady has landed herself into serious trouble on Facebook over comments that the wife of popular Ghanaian actor Van Vicker is ugly.

The young lady who is identified as Ogara Emmanuela Onyinyechi (Nigerian) took to the comment section of a post shared on the Facebook page of OMG Voice which was talking about the message Van Vicker sent to his wife on the occasion of their 17th anniversary as a couple to state that the award-winning actor’s wife is not beautiful.

Well, she was not spared at all by social media users who felt she has no moral right to make such a comment, especially when she is ugly.

READ ALSO: Not Because Of Sarkodie Or D-Black Fake Awards Saga – The Reason Why Dr. UN Was Arrested Finally Revealed! (Video)

Funny enough, she has not replied to any of these people virtually attacking her and has not also deleted the post.

The comment of Ogara Emmanuela Onyinyechi shockingly comes just a few days after one Henewaa Piesie made headlines for passing similar comments under a photo of actress Selly Galley.

See some of the comments below 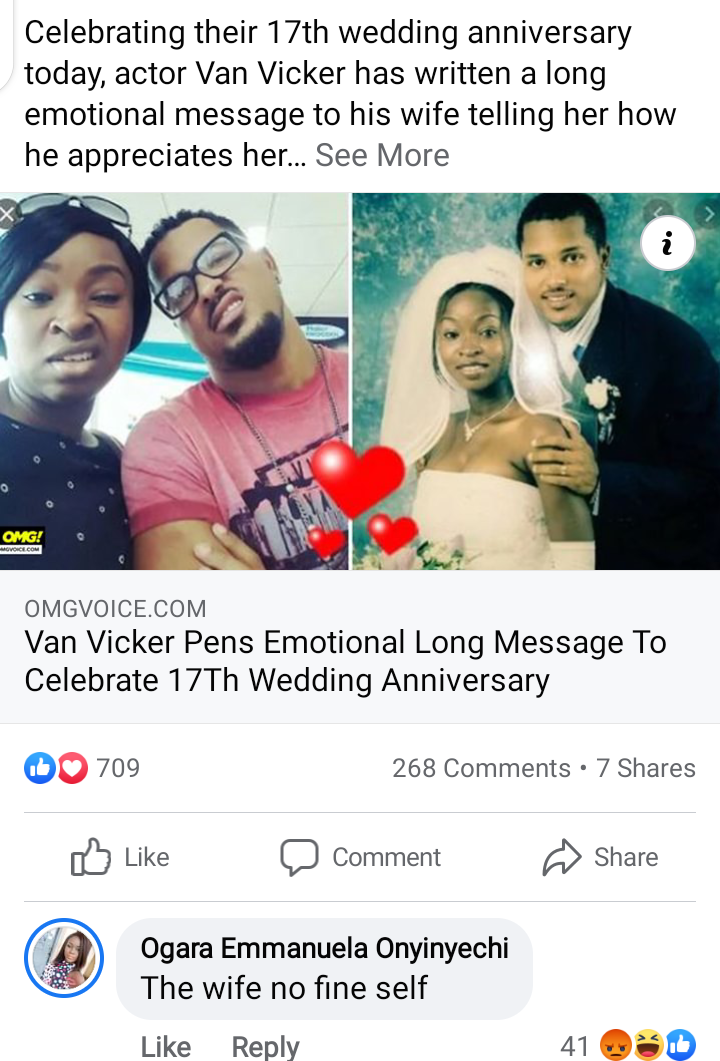 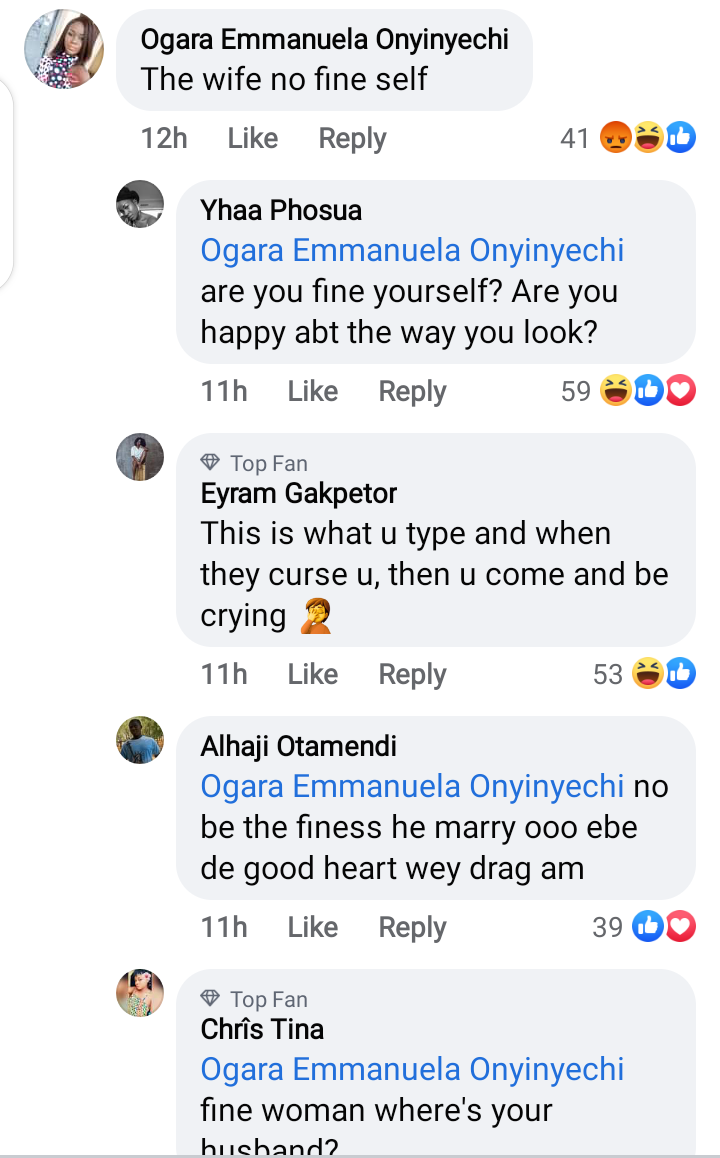 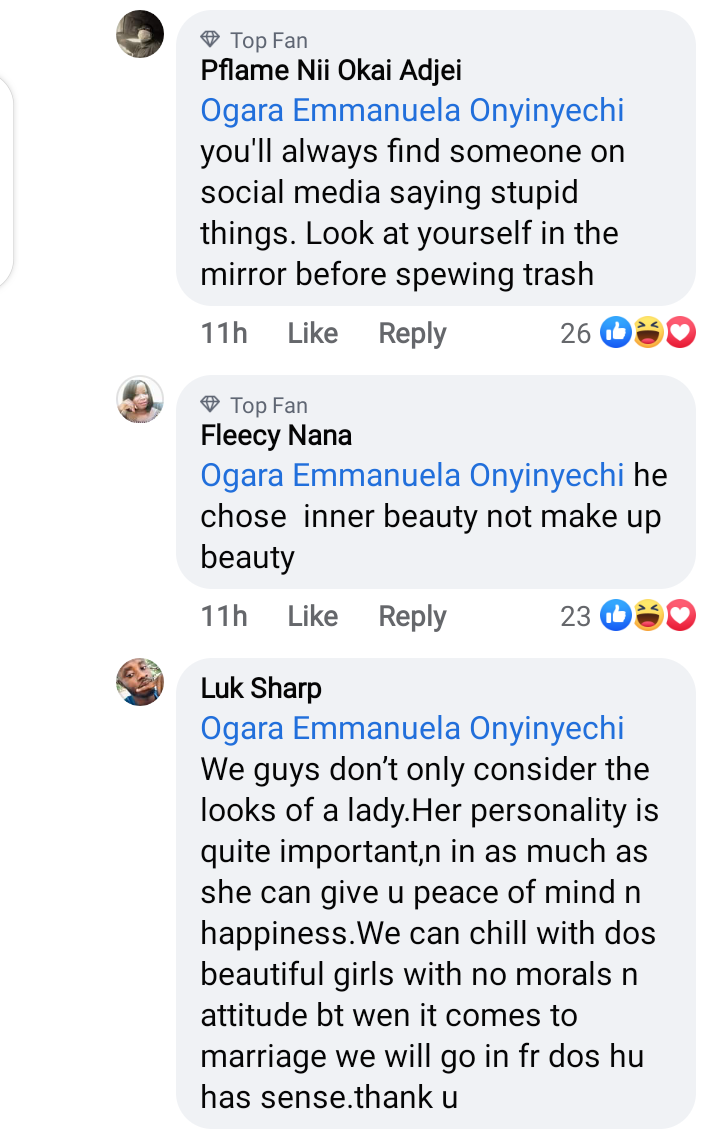 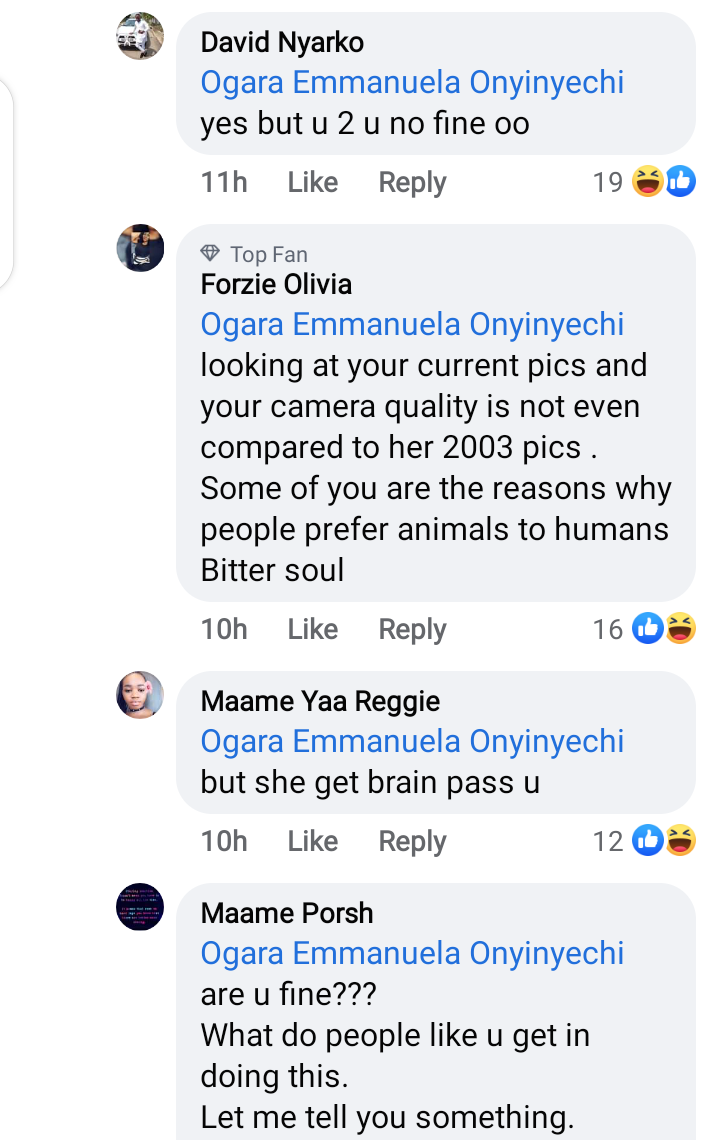 Van VickerVan Vicker and his wife
0