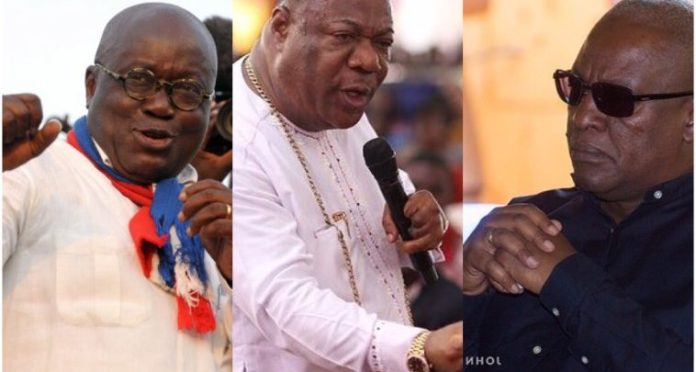 Duncan Williams does not fancy political issues that much and he rarely talks about political matters and he is very respected by all. He is well known as a very good and truthful man of God.

His arch-contender, John Mahama, flagbearer of the biggest opposition party NDC will be slugging it out with his former colleague MP for another time again.

“If only President Nana Addo and wife Rebecca will remember the artwork I did for them and come to my aid” – Pencil Artist...

0
President of the republic of Ghana, His Excellency, Nana Addo Dankwa Akuffo Addo, has urged the citizens of the nation to work harder for...
Read more
Showbiz

0
2020 seems to be a very good year for Afia Schwarzenegger as she keeps flooding her garage with expensive cars. READ ALSO: Juliet Ibrahim does...
Read more