Ras Kuuku has never rested after winning the Reggae/dancehall artiste of the year at the just ended VGMA21 and some of his fans are not too pleased with him for getting too ‘intoxicated’ with the award.

READ ALSO: Good news as one of AY Poyoo’s song is about to be used as the national anthem of America

Ras Kuuku has been moving from one place to another with his VGMA 21 award and taking pictures with the plaques with numerous people after winning the Reggae/Dancehall accolade.

The Puom chanter seems too ‘drunk’ with the winning of the award and is sharing his happiness with loved ones and fans but some of the fans are not too happy with that and have taken to the comments section of his posts to rebuke him.

Some of the fans have indicated in the comments section that he should not be too excited because he wouldn’t have won it Stonebwoy and Shatta Wale were not axed from the awards scheme.

Below are some of the comments by his fans. 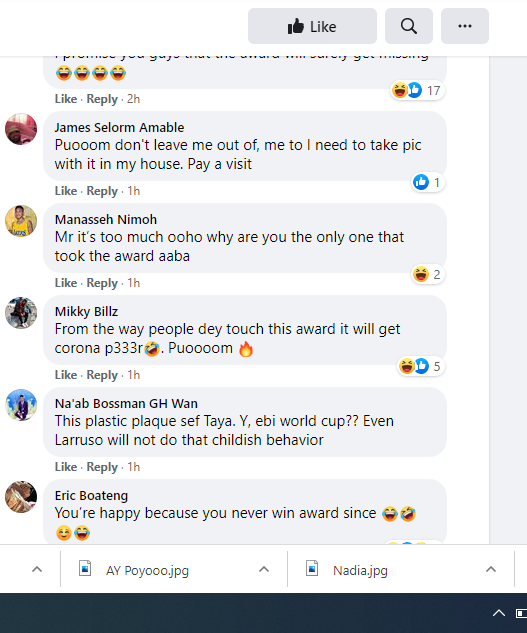 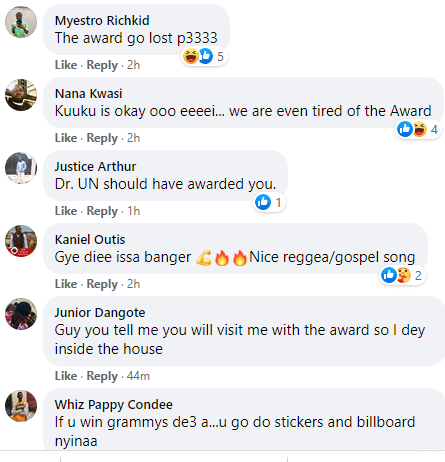