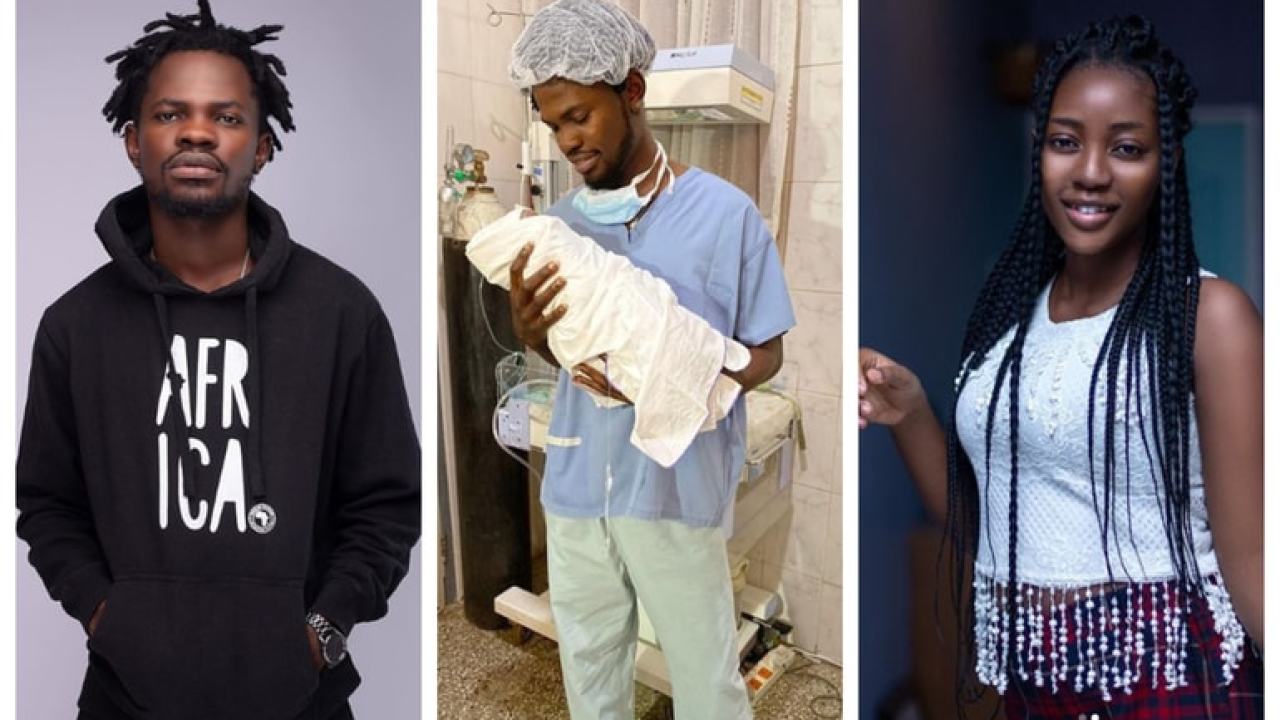 Top-rated Ghanaian musician, Peter Famiyeh Bozah, widely known in showbiz circles as Fameye recently shared the the first-ever photo of his his first son, Arvid Famiyeh Jnr Asuah Nyame to officially announce to his many fans that he is now a proud father.

In the official announcement post, the “Nothing I Get” hitmaker took to took to Instagram to write: “Father bless me and my family @arvid_jnr_fameye my superstar you will be great @_ohemaaa_

Well, from that very day until late yesterday, Fameye has ensured that no other photo of his handsome son was seen on any social media platform.

Unlike his other colleagues, he has tried his possible best to keep his family business mostly private as it is supposed to be.

READ ALSO: Moesha Is Back After Her Scary Suicide Note! Check Out How She Flaunted Her Big ‘Meat-Pie’ In The Full Glare Of Men Publicly – PHOTO

In a new photo sighted on his Instagram page, it is pretty clear that his son is growing very well and getting handsome with each passing day.

He captioned the new photo: “Blessings 💥☝️ @the_arvid we are #greaterthan”

Check picture of Arvid Fameye Jnr and his dad below;

MP for Ningo Pampram, Sam George vows to beat up Australian High Commissioner to Ghana mercilessly – Here is why

AY Poyoo Is Actually “The Real Goat”, His Reason For Becoming A Musician Will Shock You.

0
Popular Ghanaian fast-rising Comic rap sensation, AY Poyoo has uncovered the genuine motivation behind his decision to do music and why he opposed to...
Read more
Showbiz

0
The super fantastic birthday dinner party of award-winning Ghanaian Reggae/Dancehall musician, Shatta Wale which came off last night through to this morning has seen...
Read more