The year 2020 has been terrible for many people largely because of the coronavirus pandemic but it seems popular Ghanaian Reggae/Dancehall musician, Charles Nii-Armah Mensah, aka Shatta Wale is getting a lot of the good things from the year.

After that successful collobartion with Grammy award-winning singer Beyonce and his recent number one spot on the Billboard as the number, he has just achieved a new great feet.

The African Dancehall King as he is affectionately called has been featured in the new GES approved Creative Arts Text Book for primary four.

The first photos of the book published by Alpha and Omega Series for Primary 4 pupils hs a chapter/lesson titled ‘performing artworks created by Shatta Wale’ featured prominently in there.

READ ALSO: Sister Derby Lines Up Medikal And Most Of Her Ex-boyfriends And Blasts Them ‘Stylebiabi’ On Social Media – She Possibly Needs Our Prayers

We gather that students after reading a short biography on the musician in that lesson will be expected to sing and perform any song of their choice from the musician in addition.

This is certainly some great news for the Shatta Movement because in contemporary times, Shatta Wale happens to be the first Ghanaian musician to be featured in a textbook as a topic for discussion. 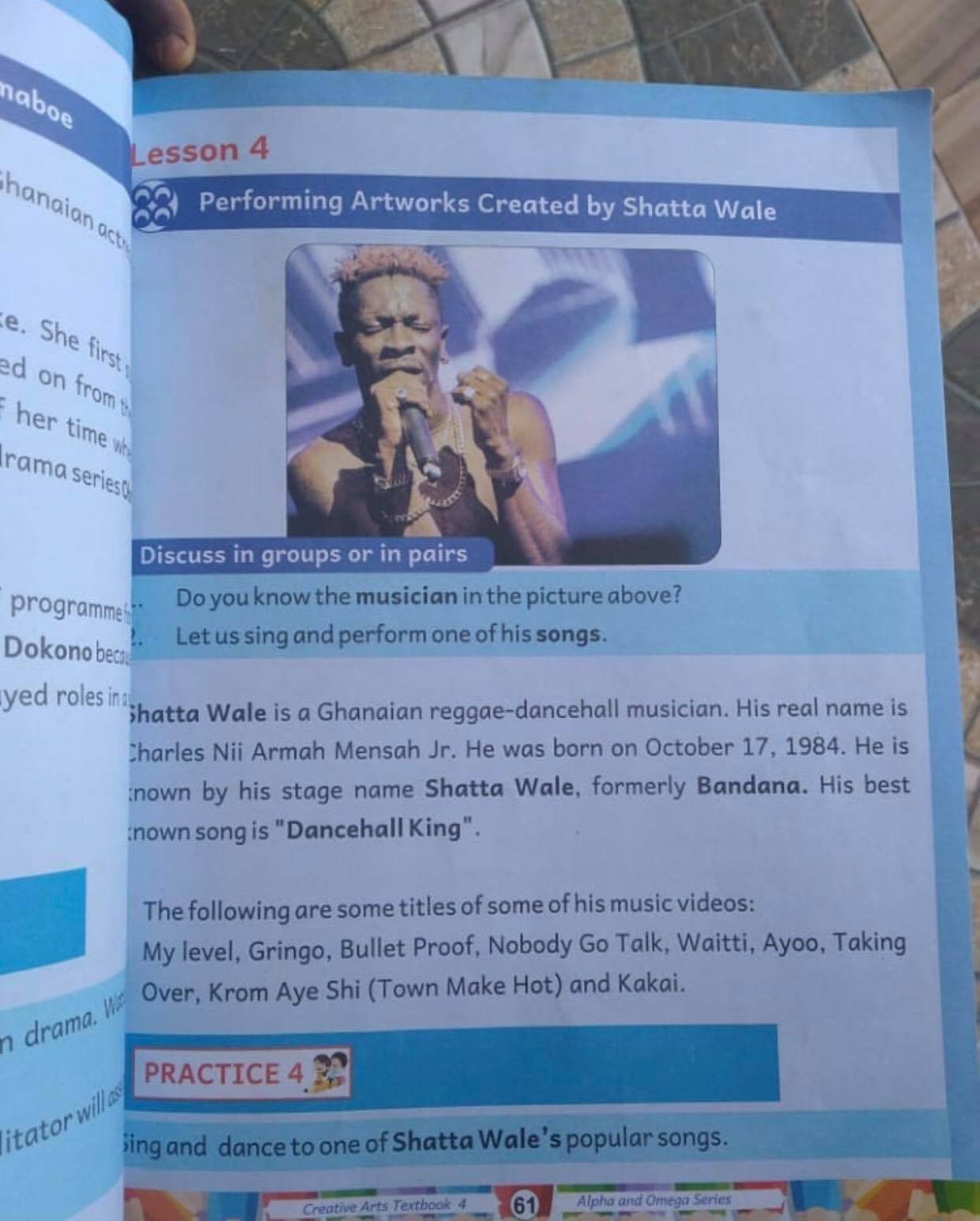