American Rapper, Bobby Shmurda was released from prison less than two weeks ago.

However, according to TMZ, the rapper is already signing big deals. The rapper, who hails from Brooklyn, is set to make $300.000 during the NBA all star weekend.

He would also be hosting a welcome home party for himself alongside rapper and actor 50 Cent.

Shmurda was released on February 23 after serving 6 years at the Clintion Correctional Facility. 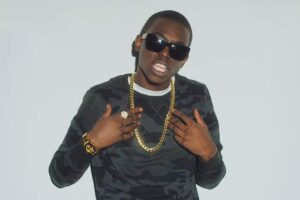 He was picked up from the prison in a private jet by Migos member, Quavo Huncho. Shmurda was then immediately seen splashing bundles of dollars on bling at icebox.