Thegossipmall.com has chanced on an alleged leaked Whatsapp chat between the CEO of EIB Network, Bola Ray, and one of his boys that has him threatening to deal with Mzbel for sharing fake news about him online.

This alleged leak chat follows Mzbel’s decision to share a post on her Facebook page earlier today with the title “Does Jean Mensa led EC administration really understand the law at all and know the implications of what she’s doing?”

READ ALSO: Photos Of Hajia Bintu’s Friend Who Has Bigger Nya$h Hit Online, It Appears She Has Been Dethroned

According to Mzbel at the time she shared that write-up, it was supposedly written by the big-time media personality.

But in a quick reaction to the said publication when he came across it, Bola Ray took to his Facebook page to also issue a disclaimer.

READ ALSO: VIDEO: Coded of 4X4 fame captured selling coconuts for a living years after failing to make a hit as a solo artiste

He said that he has never written anything of that sort and urged all his followers to disregard it.

He also warned Mzbel to leave his name out of politics.

“Kindly disregard this. It is FAKE. I have written no such thing. Do your politics but LEAVE ME OUT OF IT“, he wrote in his caption on Facebook. 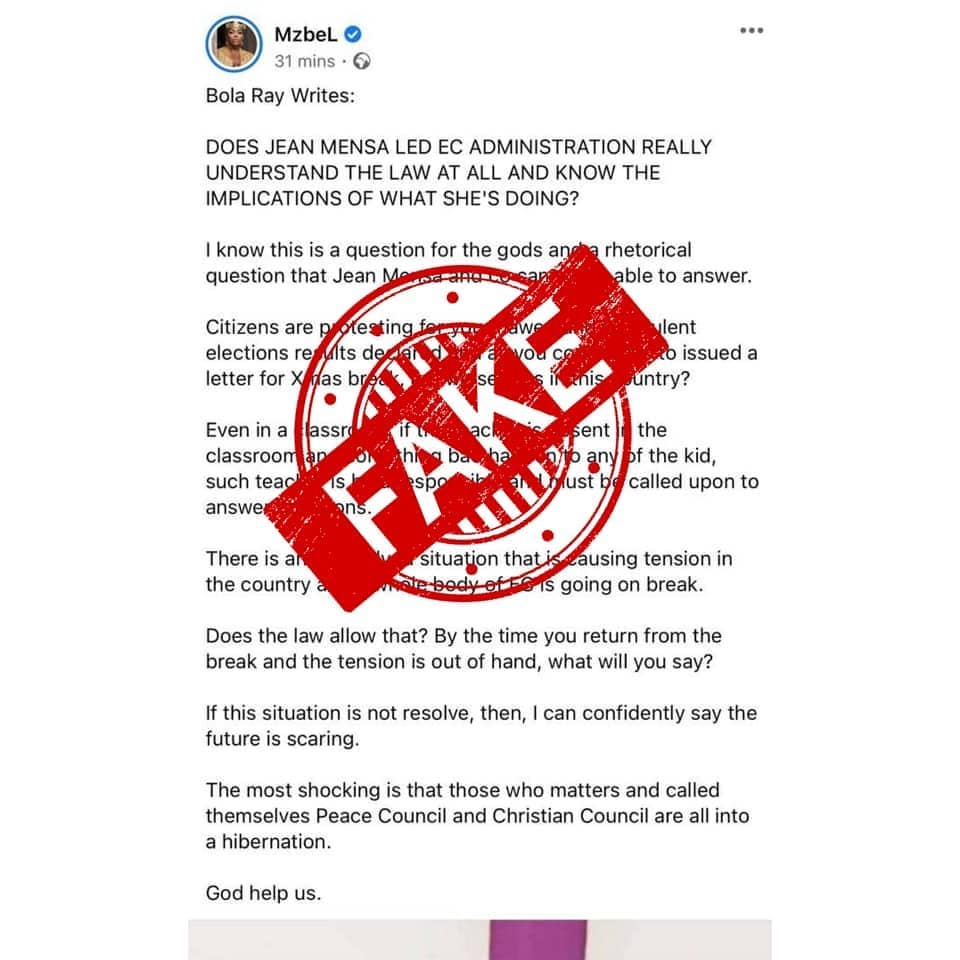 As the issue continues to get attention on social media, a new screenshot has been sighted in which Bola Ray is allegedly telling one of his boys to make sure Mzbel quickly deletes the post and issue an apology else she’ll face his wrath.

See the screenshot below