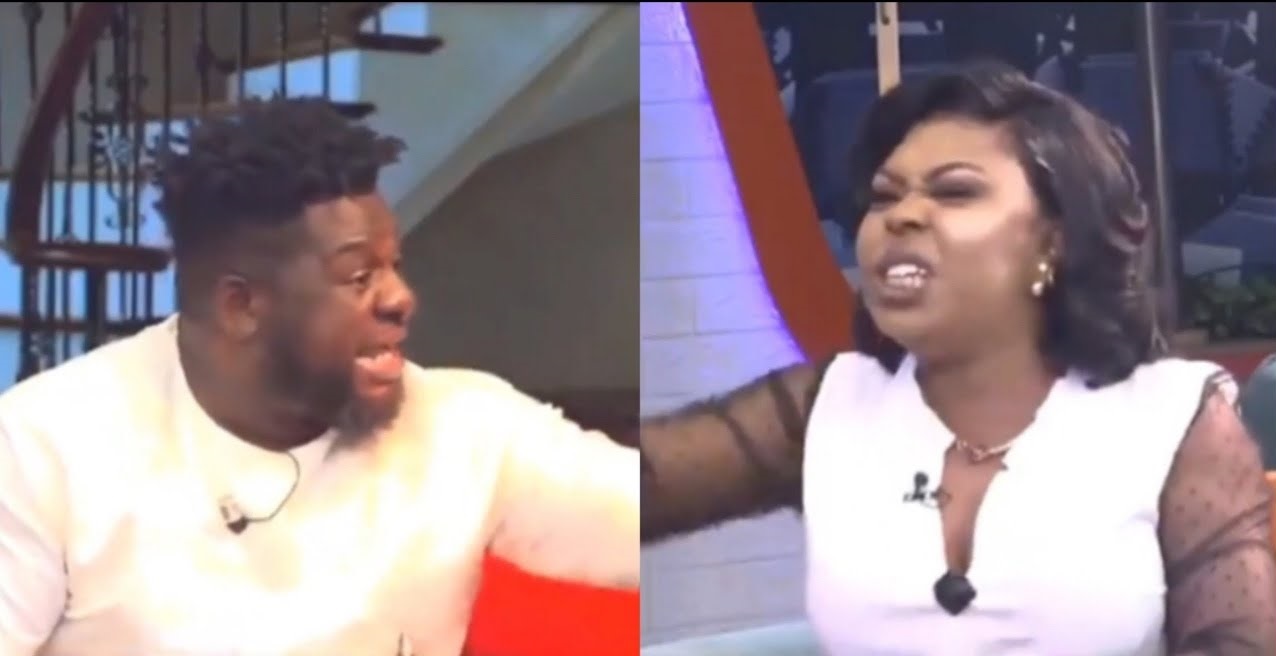 After going on break for the Christmas holidays, UTV’s flagship entertainment show, ‘United Showbiz’ returned to the screens last night with a bang.

The first episode of the show in the year 2021 got off to a feisty start as two panelists, Bulldog and Afia Schwar almost traded blows on live TV.

Last night’s episode started off with discussions on celebrities in politics. And as usual Afia Schwarzenegger, who is currently NPP came up against Bulldog, a vociferous fan of the NDC.

According to Bulldog, he is more inclined to the NDC because the Akufo-Addo led government messed up his job, that is Menzgold.

He was interrupted by Afia Schwarzenegger who maintained that Menzgold was a Ponzi scheme. The self-acclaimed queen of Ghana comedy was of the view that the government was right to shut the government.

Her comments, however, infuriated Bulldog who tried to shut Afia up for trying to defame the CEO of Zylofon Media.

Watch the fierce verb exchange in the video below…

Married Princess Shyngle Shares Int!mate Videos Of Her Time As Lover Of Burna Boy Online Just To Share In His Glory As A Grammy...

0
Princess Shyngle who recently got married to one of the richest dudes from his home country, The Gambia appears to care more about Burna...
Read more