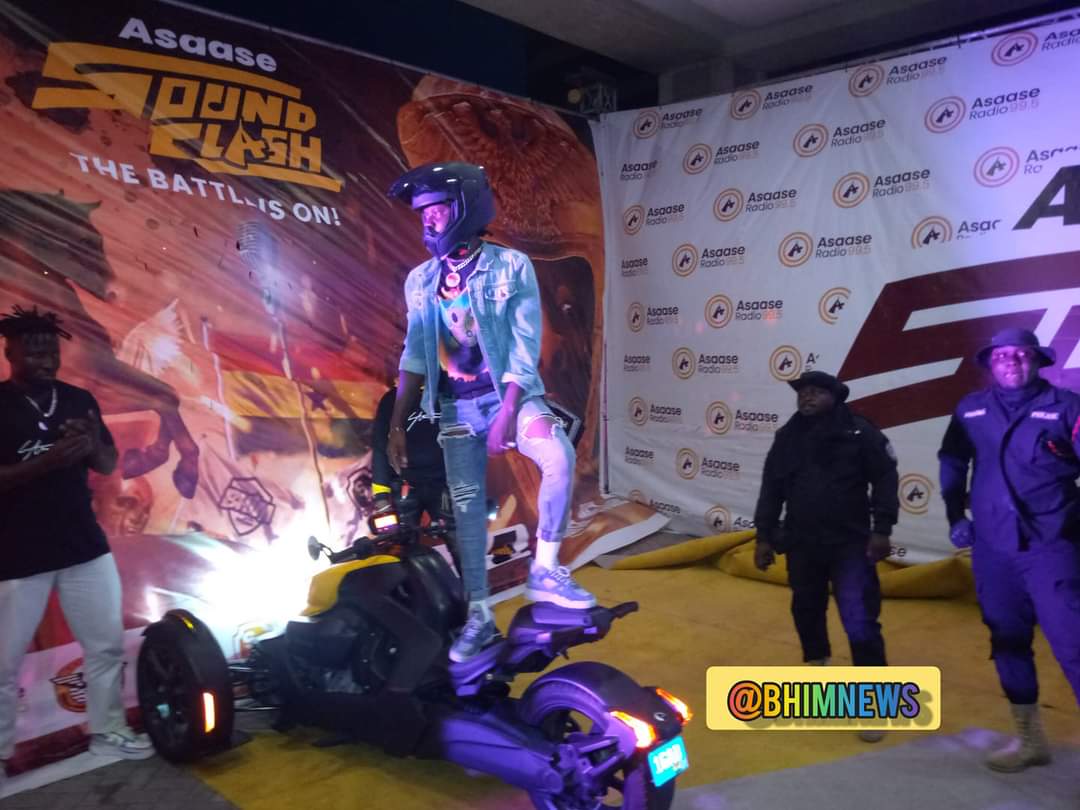 The Asaase Sound Clash which is being organized between Shatta Wale and Stonebwoy is currently going on live. (Click HERE to watch it).

Well, ahead of the clash, multiple award-winning Ghanaian musician, Livingstone Etse Satekle who is popularly known as Stonebwoy decided to make his way to the studios of Asaase Radio in a special way.

After he started off the journey with a convoy of his fleet of cars and that of his team, he shockingly ended up on a motorbike when he finally arrived at Asaase Radio.

Check out how Stonebwoy arrived below

0
Archbishop Duncan Williams has allegedly given his own revelation about the upcoming presidential elections in December. The leader and the founder of the Christian...
Read more
Showbiz

0
Controversial Ghanaian actress, Akuapem Poloo, decided to wade herself into the ongoing Grammys drama after she made a video on her Instagram page in...
Read more
International

Not Cheating! Check Out Why Cardi B Is Filing For Divorce From Offset As She Finally Speaks

0
After viral reports that popular American rapper, Belcalis Marlenis Almánzar, popularly known as Cardi B was filing for a divorce from her husband, Offset...
Read more