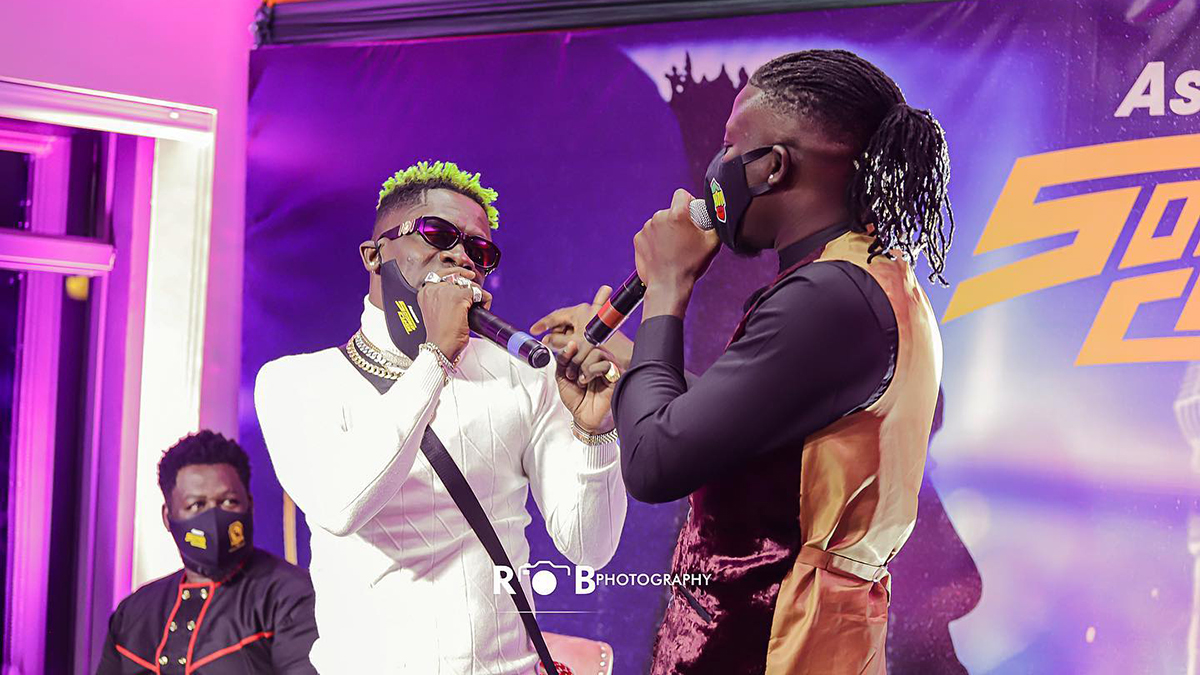 Even though the Asaase Soundclash is still underway, there seems to be some trouble brewing because the two musicians who are battling it out tonight have already declared themselves victors of the clash with regards to the votes they have accrued from the system the radio station put in place prior to this day.

Whereas Ghana’s self-acclaimed Dancehall King, Shatta Wale is on his various social media platforms claiming to be the winner of the first phase of the ongoing Asaase SoundClash with over 160,000 votes, his colleague Stonebwoy also feels he has won.

Stonebwoy in a tweet we have sighted also claims that he won the voting bit of the clash because at the time the voting portal was expected to be shut down, which is 8:30 as communicated by Asaase Radio, he was leading Shatta Wale.

This is certainly some confusion that is rocking already and the only legitimate question one can ask him/herself is who is actually the winner of that phase of the clash.

Well, I just hope that we don’t get a repeat of what happened at the 2019 Vodafone Ghana Music Awards at the end of the contest.

0
Ghanaian comic rapper AY Poyoo, who is now one of the most trending Ghanaian musicians has surprised social media users as his recent hit...
Read more
International

0
A white man was beaten to the pulp by some black men because he referred to one of the black men who served as...
Read more
Showbiz

0
Yaa Jackson is bleaching and the photo below is enough evidence of this claim. We all know Yaa Jackson's natural chocilate complexion at the...
Read more