Criss Waddle To Contest As MP In Tema Central Constituency?

Ghana has just about three months to its general election which will see the citizenry vote and elect a new president and 275 members of parliament.

Already, top Ghanaian actor and entrepreneur John Dumelo has started a serious campaign with the sole aim of kicking out the current MP of Ayawaso West Wuogon, Lydia Alhassan for that hot seat.

In a strange development another entertainer, popular Ghanaian rapper/businessman, Criss Kwaku Waddle is said to be contesting as a member of parliament on the ticket of CPP in the upcoming Presidential and Parliamentary elections.

Late last night, a poster of him went viral on social media which suggested that he might join the race and contest as a member of parliament for the Tema Central Constituency.

What is however shocking is that Criss Waddle has personally not shared the posted or utter a word in relation to it yet.

Also, the CPP  has not made any announcement with respect to the musician’s poster.

Thegossipmall.com is seriously on this beat and we promise our cherished readers that we will go them more scoop once we get it.

See the flyer below 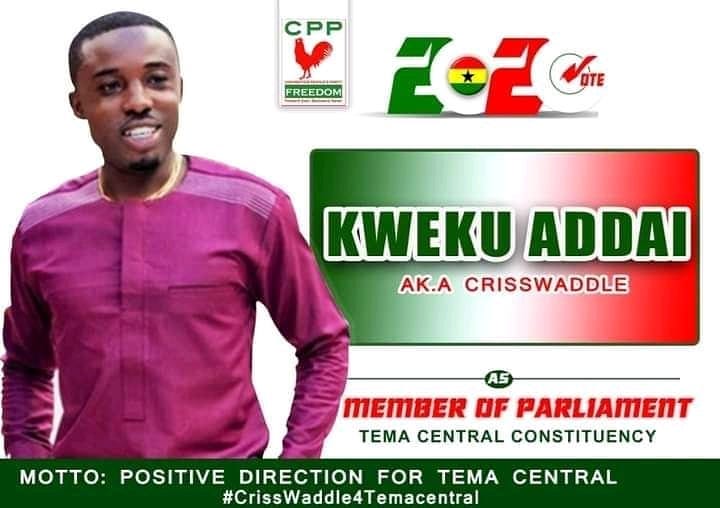