D-Black After Admitting That He Has Been Fooled By Fake UN Dr. Turns Round To Blast Ghanaians For Mocking Him

It seems Black Avenue Music boss and rapper Desmond Blackmore affectionately called D-Black in entertainment circles has started exhibiting signs of a very confused and frustrated person after it emerged that he was deceived by a fake Dr. with a UN honorary humanitarian award.

In the heat of the whole brouhaha on Twitter last night, D-Black in his earlier reactions to the trolls he was getting admitted that he had been fooled and hilariously added that he was going to use juju on the fake Dr. in Benin.

In one of his tweets, D-Black wrote:

Well, just a few minutes after he made this admission, the rapper came back to the bird app to suggest that his followers that they are rather the ignorant ones who do not really know the honorary award himself and other top celebs were given. 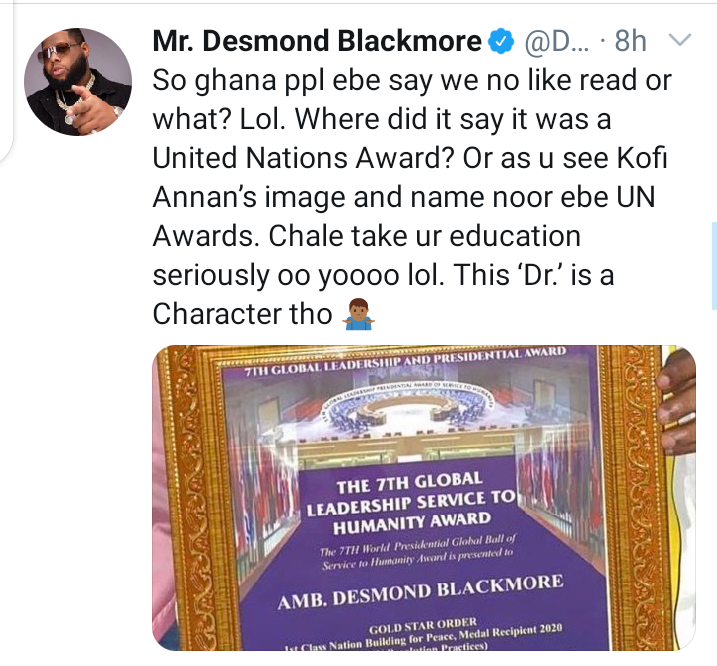