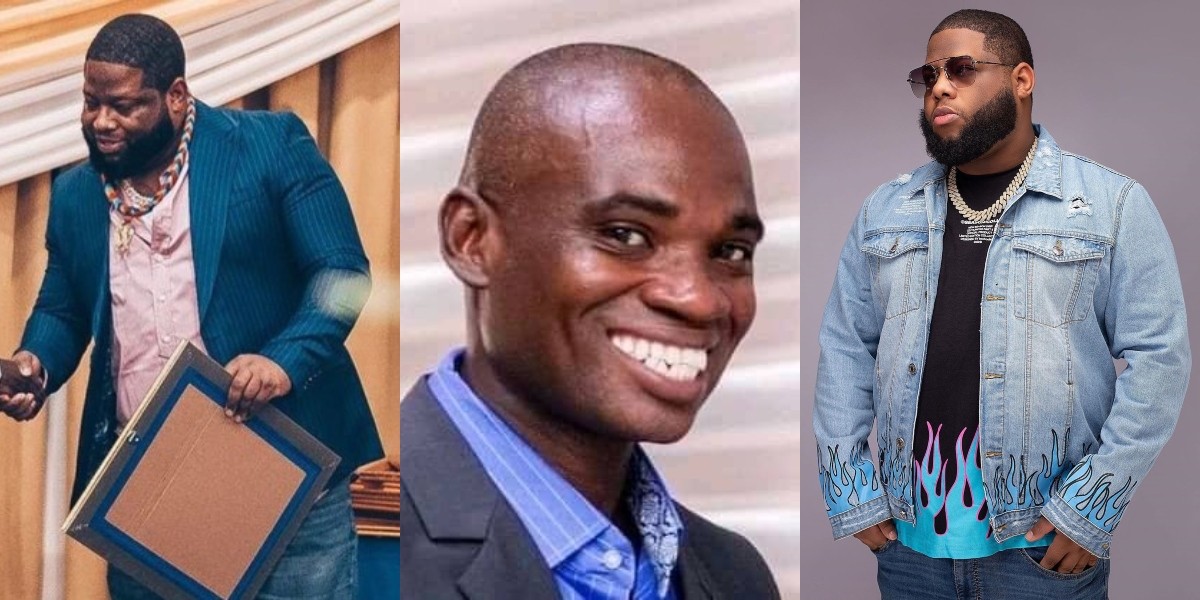 The CEO of Black Avenue Musiq, Desmond Blackmore, better known by his stage name D-Black has finally revealed what he has done with awards he was given by Kwame Fordjour aka Dr. UN after he came to the realization that it was fake.

According to D-Black, he quickly destroyed the fake citation and supposed golden chain he was awarded by Kwame Fordjour aka Dr. UN.

Speaking to Nana Ama Mcbrown on UTV’s late-night entertainment show dubbed ‘United Showbiz’ recently, D-Black revealed that he was really pained after the news went rife on the social media that Dr. UN is a fake and has no ties with the UN as he deceived all his awardees to believe.

He added that he quickly cut the chain into two and threw it and away and destroyed the supposed citation he was given.

“I got a plaque and a necklace but I have cut the necklace into two with scissors. Nana, I have thrown my award away, “D-Black said.

0
In an interview with Eugene Osafo Nkansah of Nkonkonsa.com, Mickey Osei Berko, also known as Dada Boat, who is also an actor and media...
Read more
Hot Gossips

0
Ghanaian actor and journalist, Prince Williams, who happens to be the ex of the controversial entertainer, Afia Schwar has exposed rapper Obibini after he...
Read more
Hot Gossips

0
Wife of one half of Keche music group member Keche Andrew, Joan Gyan Cudjoe has intelligently schooled a fan who suggested that Joana Cudjoe...
Read more