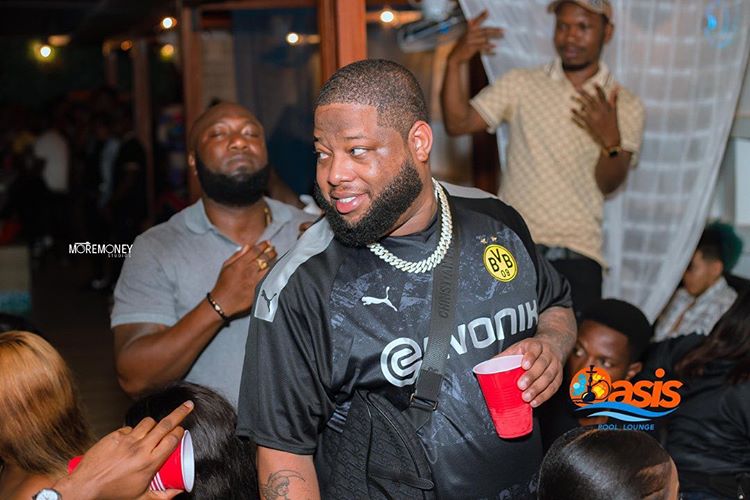 Black Avenue Music boss, D Black has replied a twitter user who thinks D Black may have intentionally released his own @atopa tape just to make his Falaa video to trend.

READ ALSO: D-Black’s First Reaction To His Viral ‘Sushi’ Video Will Blow Your Mind – Check It Out

The Twitter user who has been identified as Black Ninja tweeted Am I the only one thinking
@DBLACKGH intentionally released the leak to use the hype to push his #FALAA video?? I like him soo much but I don’t like this idea Man facepalming if I’m thinking right.

READ ALSO: D-Black’s First Reaction To His Viral ‘Sushi’ Video Will Blow Your Mind – Check It Out

D Black intentionally retweeted the posted with the caption “Fa What”, meaning he wouldn’t do such silly thing for trends.

Meanwhile, it has been reported that the video got leaked through the lady seen in the video with D Black.

0
"Madam know it all", Aisha Modi who has cut a niche for herself by speaking about issues which are of no interest and concern...
Read more
News

0
A fetish priest from Benin but based in Ghana, precisely Pokuase in Accra has been exposed after it came to light that he has...
Read more