The ‘beef’ between two former best friends rappers Medikal and Okese1 seems to be gaining weight as Okese1 has sent out more tweets to Medikal after calling him out on Twitter.

READ ALSO: VIDEO: Repented Afia Schwarzenegger begs Mzbel for forgiveness as she tries to turn on a new leaf

Okese1 couple of hours ago took to Twitter to accused Medikal of sabotaging his musical career and warned his to stay out of his lane. He accused him of ‘selling him out’ so from now on, both of them should do his own thing.

Check out some of the tweets. 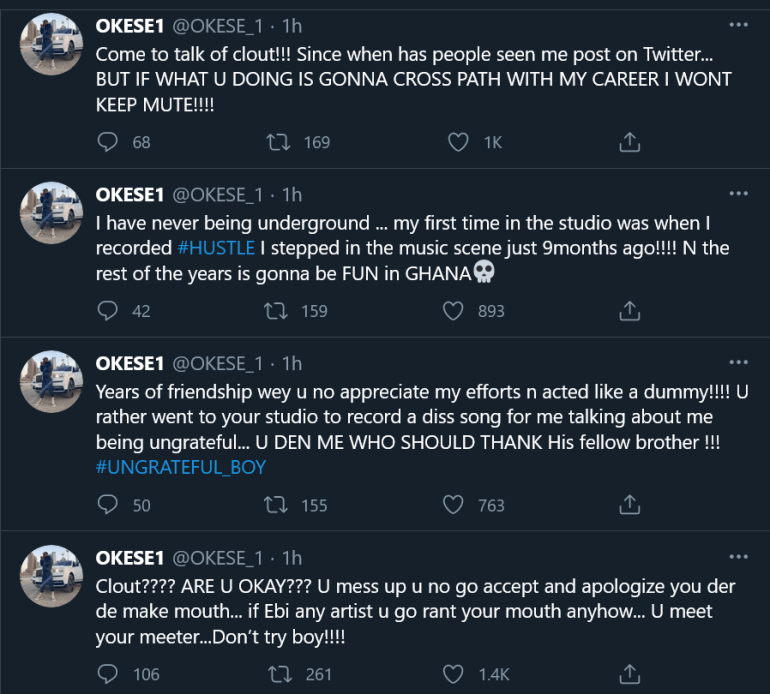