Controversial Ghanaian model, Efia Odo, has found herself in trouble after refusing to pay for an artwork she ordered from a female painter.

The model is trending on social media after a woman released their chats and called her out for refusing to pay her for the work she did.

Efia’s reason for not paying stands on the grounds that, the artwork does not look like her.
The woman who made the artwork however does not care about that and wants to get paid whether it looks like Efia or not.

Its a real back and forth going on social now between Efia and the female painter. 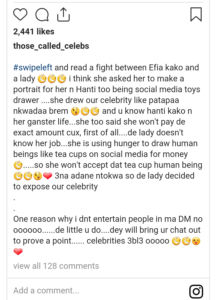 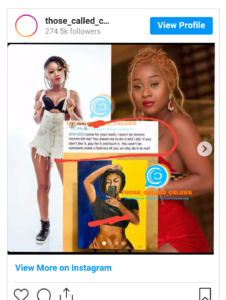