News broke out yesterday that a Manager of NHIA in Sawla, Mr Mahama Sakara was caught on tape sexually harassing a nurse working at the Soma CHPS Compound at the Sawla-Tuna-Kalba District in the Savannah Region.
The nurse identified as Miss Doreen Smith alleged that Mr. Sankara had come to the CHPS compound at about 9:00 am July 8 under the guise of “monitoring” but turned around to make sexual advances at her.

She said even though Mr Sankara did not succeed in having sexual intercourse with her, he fingered her in the process of struggling with him when the advances became intense.

The issue has sparked a lot of debate among Ghananains with the majority them calling for the sack and prosecution of the man caught in the scandal.

However, A Facebook user by name Clement Akenyah Kaku who claims to be a former colleague of the suspect, Mr. Mahama and knows a bit of the whole issue says the nurse and the troubled NHIA boss were in a sexual relationship some time ago. To be specific, the nurse was Mr. Mahama’s girlfriend 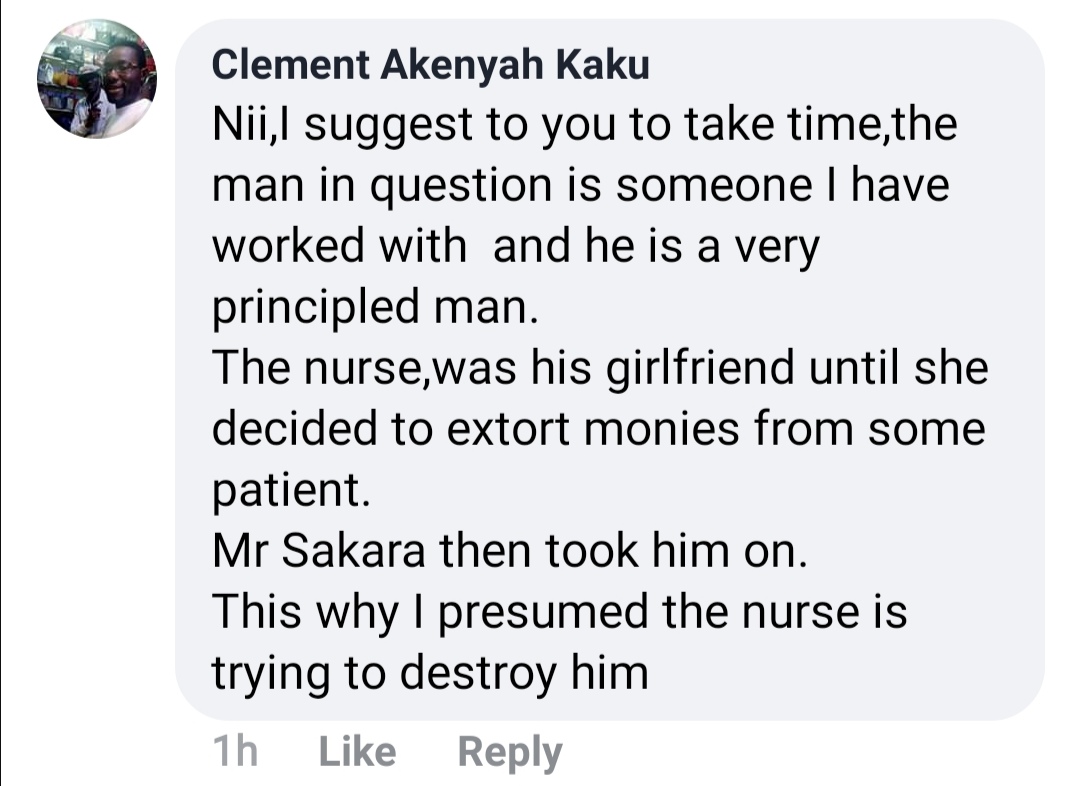