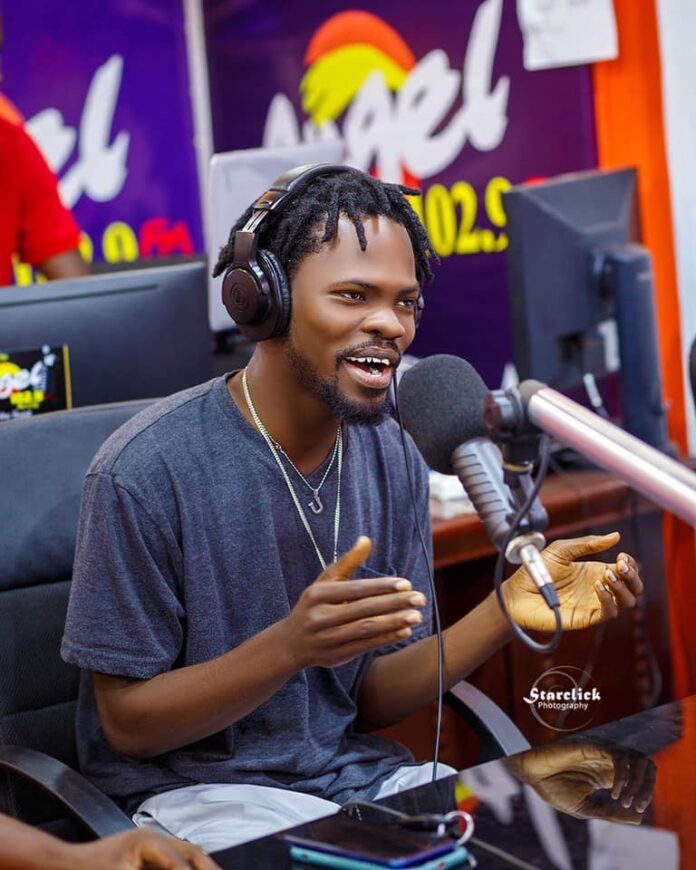 Earlier, Shtta Wale condemned Fameye’s 247 music video with Kidi and labeled it as a “substandard video that cannot cross our borders”.

READ ALSO: PHOTO: Keche Andrew and wife, Joan Gyan chop some love as they step out in style

He said “I was watching a video but I don’t want anybody to feel bad about it. I was watching Fameye and KDi’s video and I was like it was sad. If I say poor, they will feel bad”

Fameye has finally reacted to Shatta Wale’s claim stating that he was surprised to see Shatta Wale condemn the video because it is one of his most beautiful videos ever shot.

Fameye however acknowledged the fact Shatta Wale is his senior in the industry and perhaps may have said that to push him to do better with his videos. Fameye further revealed that he is still rising and would do better as he grows.

READ ALSO: VIDEO: Akuapem Poloo Totally Embarrassed And Nearly Beaten In Public By The Wife Of The Married Man She Is Allegedly Trying To Snatch

He however downplayed any bad blood between himself and Shatta Wale.

Fameye responds to Shatta Wale's attack on his music video

0
The leader of Anointed Palace Chapel, Rev Obofour and his wife, Bofowaa have given their daughter, Lawrensa Antwi an iPhone 12 Pro Max as her birthday gift. Today, February 2021,...
Read more
Showbiz

WATCH: Broke Mzbel disgraced by her son at Melcom

0
Mzbel's son, Nana Kwame has given his mother a huge disgrace at Melcom when they went on a birthday shopping. READ ALSO: Michael Essien Losses...
Read more
Showbiz

VIDEO: Afia Schwarzenegger says Mzbel is a piece of trash who is not worth her time