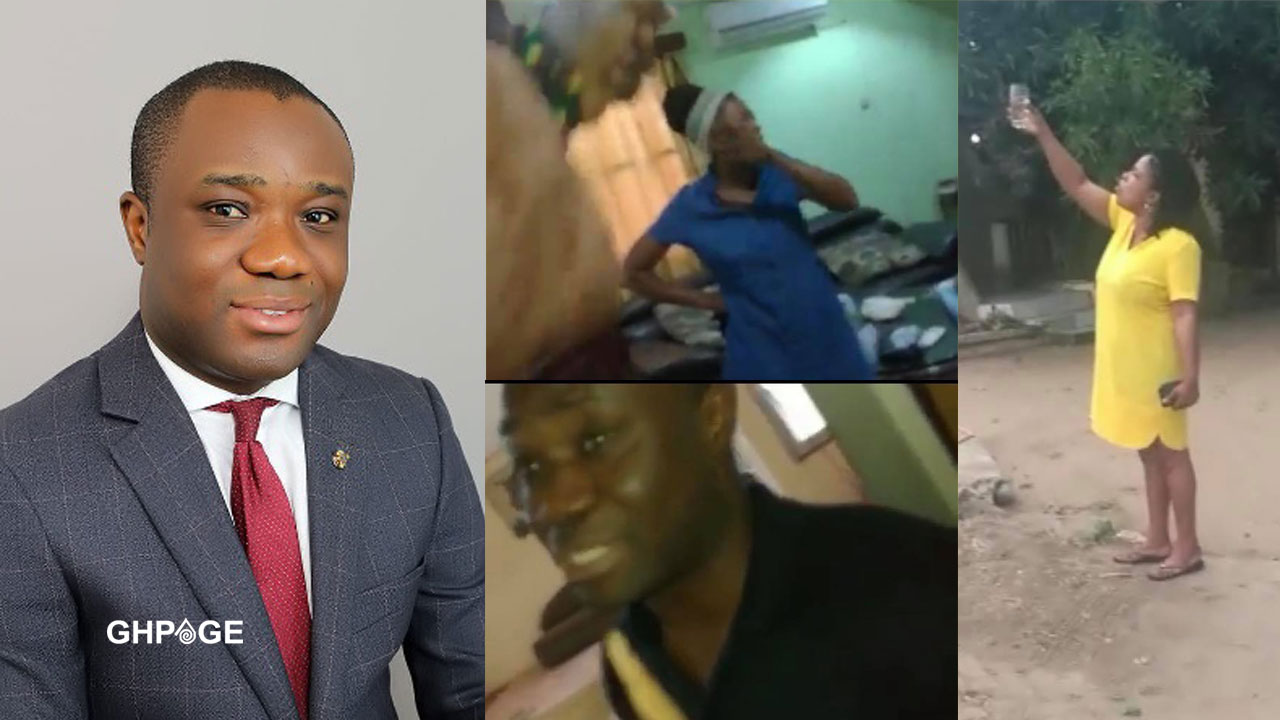 The former Deputy Information Minister under the National Democratic Congress (NDC) in the John Dramani Mahama administration, Felix Ofosu Kwaku has been embroiled in a sex scandal with another man’s woman.

In a series of videos that are going viral all over social media, Felix Ofosu Kwakye who is currently the aspiring MP for Abura Asebu Kwamankese is seen in a heated argument with the brother-in-law and the sister-in-law of the young lady he was allegedly bonking.

The man in the video (Brother inlaw to Dela) who insisted on recording Felix Ofosu Kwakye explained they caught the former minister in the bedroom of the young lady identified as Dela who is the fiance of his brother around 5: 00 am in the morning.

After serious arguments that got each of the parties involved heated, Felix Ofosu Kwakye pleaded with the young man to have a sit down with him and talk through the situation.

But even that, the young man insisted on video Felix Ofosu Kwakye with the explanation that he is an expert in denying every allegation.

But the sister-in-law of the young lady, Dela claims she caught Felix Ofosu Kwakye in Dela’s room and when he saw her coming, he sneaked into the bedroom to avoid being seen.

Unknown to the former MP, the woman claims to have seen him already. To prove her claims, she swore by African deity and rained curses on herself, Felix Ofosu Kwakye, and Dela to ensure the truth comes out.

0
It is either Sarkodie is currently in a deep slumber or he most certainly does not care about the damage this whole fake UN...
Read more
Showbiz

“You are dumb” – Tiisha hits hard on Bullet