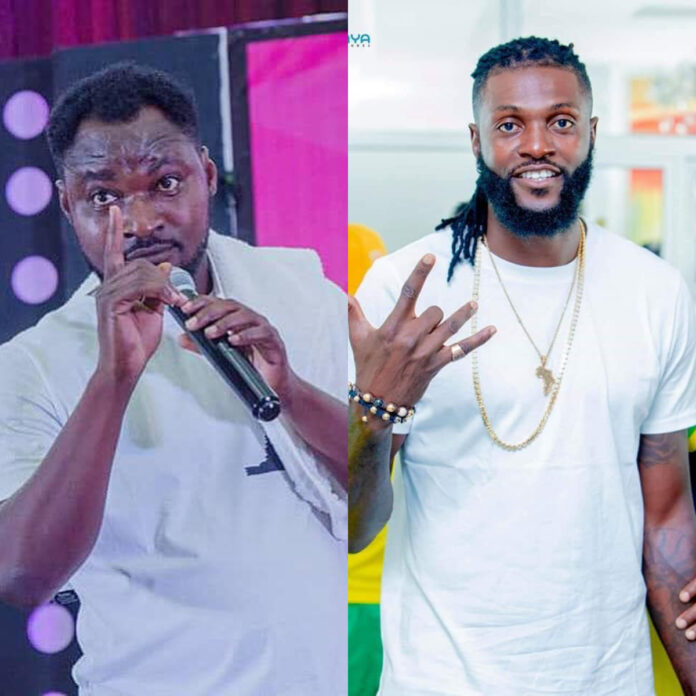 Togolese professional footballer who plays as a striker Sheyi Emmanuel Adebayor has punished Funny Face by cutting ties with him.

Funny has for some time now been jabbing his haters on Instagram.

He constantly posts videos of himself behaving like what others would term ‘childishly’. That caused Adebayor to at a point in time, blast him.

Funny Face continued with his attacks and that has forced his best friend who once gifted him two cars to dawg him.

It is unclear if he will accept him back as a friend or otherwise.

See The Screenshot Below:

Teephlow Descends On Medikal And Shatta Wale, Labels Them Fake

0
Ghanaian rapper, Teephlow, seems not to be ready to give up on his beef with AMG rapper Medikal. Teephlow has thrown shots at Medikal again...
Read more
News

0
Kennedy Agyapong would be very angry if he sees a sculpt of him going which is fast circulating on social media. The sculptor apparently may...
Read more
Showbiz

The Era Of Sugar Daddies Over! Pamela Odame Finally Finds A Cute Boyfriend And Shows Him Off As They Chop Love In Public –...

0
It seems that Ghanaian social media sensation and big breasted slay queen Pamela Odame Watara has finally given up on her sugar daddies who...
Read more