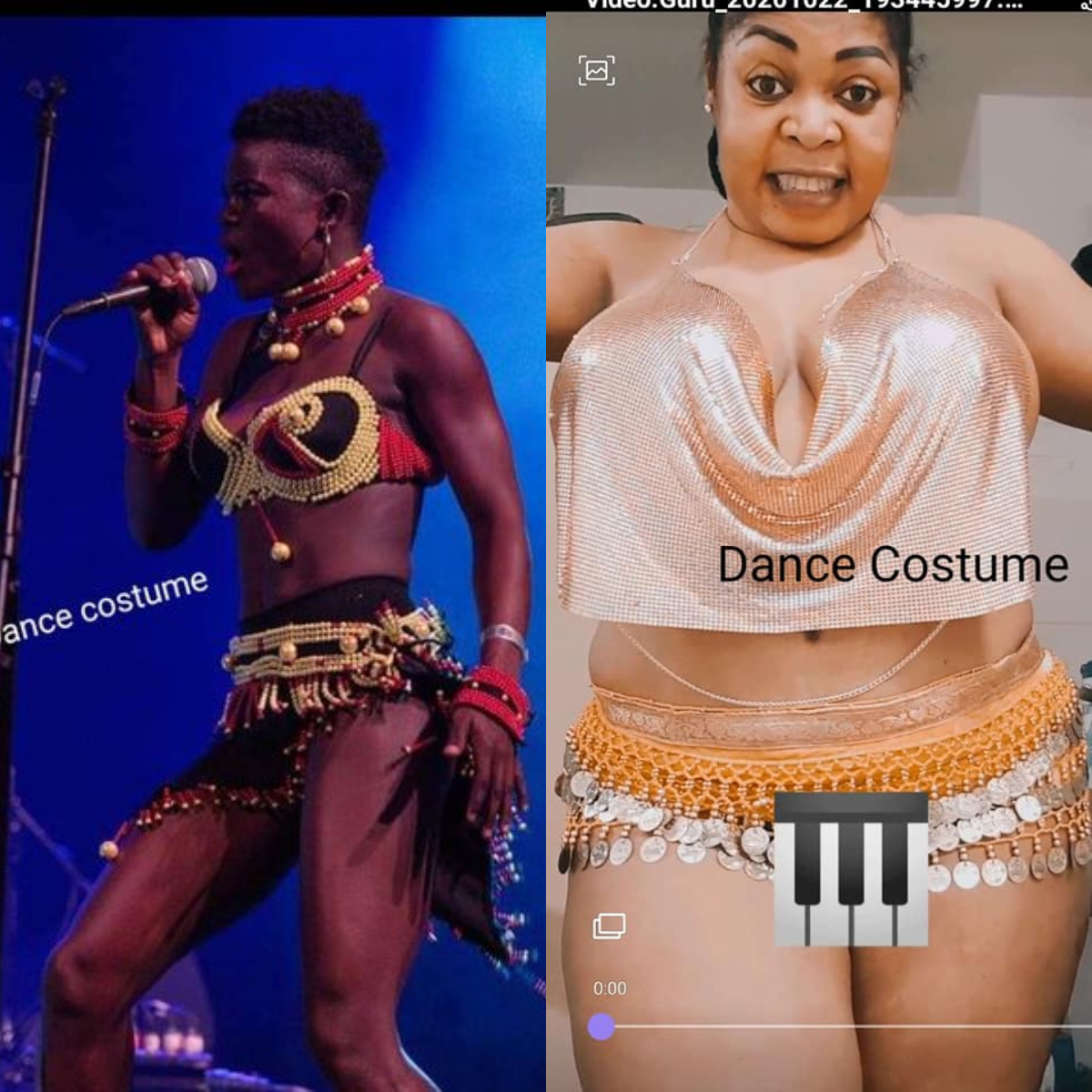 Joyce Dzidzor Mensah further described Wiyaala as a ‘stone body and a macho man’ and revealed that Wiyaala’s body stature is obviously the reason why Ghanaians do not talk about her stage fashion style.

READ ALSO:Joyce Blessing Exposes Her Former Husband And Assistant, Julie Jay As They Try To Allegedly Sabotage Her – Watch Video

The former HIV/AIDS ambassador disclosed she was previously a dancer who performed with Amndzeba’s band.

Wiyaala is a very good and energetic dancer and singer.
She makes her own dance costumes.
Her dance costume is accepted by Ghanaians because she got stone body and looks like a macho man.
I’m also a dancer but my dance costume is rejected by Ghanaians because i don’t have stone body.
May God deliver us from the spirit of being judgemental. Amen.🙏🤣🤣
NB: i was a dancer in Amadzeba nat brew’s band before becoming the AIDS ambassador. Those days i was even dancing acrobatics because i also had a stone body
Please don’t write what you don’t know. Thank you

0
Angel Broadcasting News is reporting that Mahama has stepped down from the 2020 Presidential race. The radio station reported through their news anchor, Kofi Adoma...
Read more
Showbiz

0
We cannot believe that a whole playman in the person of Nana Tornado is doing on the streets of America after entering the elite...
Read more
Showbiz

0
Ghanaian actress and big spending slay queen, Ella Mensah has been seen in a video smoking heavily like she is a granddaughter of world's...
Read more