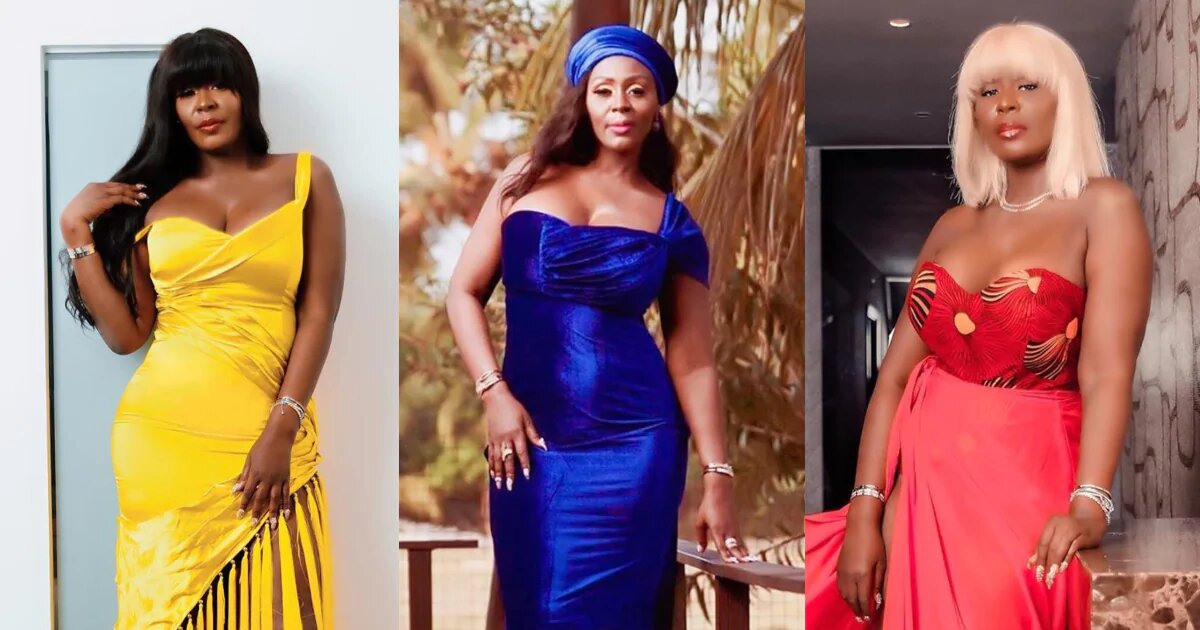 The Chief Executive of the Aphrodisiac Night Club, Confidence Haugen gave social media users a free show when she decided to dance at a hang out that was supposedly for A-Plus’ wife, Akosua Vee following the successful delivery of her second child.

The hangout from the videos we have seen was attended by a few male and female friends to celebrate Akosua’s safe delivery.

READ ALSO: Oseikrom Sikani finally admits that the source of his wealth is from Benin

An obviously excited Confidence Haugen decided to take to the dance floor and show off her dance move while she was cheered on by the people who were gathered.

Well, the dance started well but in the end, however, the [email protected] she wore and the upper part of her raw back was seen clearly in the video — even though that might not have been her intention.

The video has begun to get some attention online and we must say, we are not too surprised.

0
Ghanaian actor Aaron Adatsi aka Cyril and his baby mama, Eyram have taken their love for each other to a super exciting level in...
Read more
Showbiz

VIDEO: ”You can’t do me foko” – Nana Ama McBrown tells Mona Gucci after demanding an apology

0
Nana Ama McBrown has responded to Mona Gucci's demand for an apology following an 'ill-treatment' and embarrassment on UTV some few days ago. READ...
Read more
Showbiz