Ghanaian comic actor, Funny Face, has hinted that he would be releasing a new song in a video that he posted online.

The actor, known in private life as Benson Nana Yaw Oduro Boateng, has been inactive on social media for over two weeks now after he was ordered to seek psychiatric evaluation by the Ofankor Circuit Court.

His caption on the video he posted suggested that he would be featuring late musician, Castro on the upcoming song. 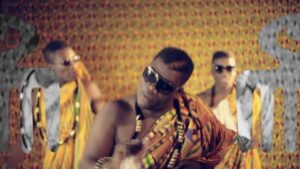