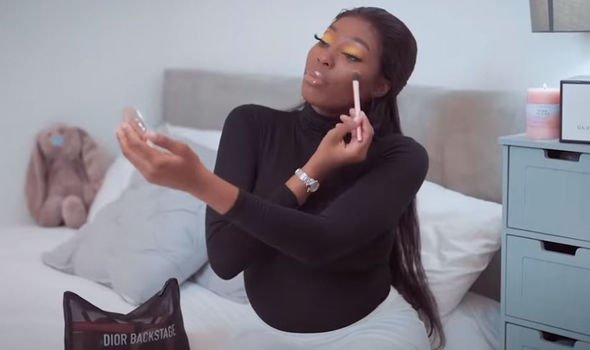 Nicole Thea, a 24 year old UK based Ghanaian YouTube star has passed away with her unborn Child. Nicole was well known for her impeccable dance moves, which got her about 4million views on her channel.

She was expected to deliver her baby boy in a few weeks. Her boyfriend Boga, whose real name is Jeffery Frimpong, also a Ghanaian and a member of the Ghana boys dance group, was looking forward happily to the birth of their son who they named Reign. A day before Nicole died, Boga posted a video of himself pushing a stroller around, with a caption which suggested how enthusiastic he was of becoming a father.

But unfortunately, Nicole died the next day, on July 11th. Her family hasn’t revealed the cause of her death yet, but Charles Murray, a close source speaking to the mailonline, has disclosed that she may have died of a heart attack.

Fellow youtubers are devastated, and keep pouring in their tributes. They strongly stand by Boga, and their families through their grieve.

Boga who remembers Nicole as an Angel he met at a dance rehearsal, has gone ahead to share a video which was pre-scheduled to be released. He released it a day after Nicole passed. The video below shows some of her neat dance moves, even during her pregnancy.

0
Ola Micheal has made a disclosure about Ghanaian actress and film producer Tracey Boakye showing that she joined the National Democratic Congress (NDC) for...
Read more
Showbiz

“I Am Not Afraid Of Prices” Medikal Brags

0
Ghanaian rapper, Medikal, known as Samuel Frimpong in private life, has stated that the prices of things does not scare him anymore. According to the...
Read more
Showbiz