Another suspect involved in the Jamestown robbery’s photo has been released by the Ghana Police Service following after the capture of one suspect in the Eastern Region.

The suspect identified as Hakam, alias red is believed to be hiding in the Tamale, Tema or Kumasi.

According to the Police, anyone who provides information which will lead to his arrest will be rewarded handsomely.

Below is the photo of the suspect, Hakam. 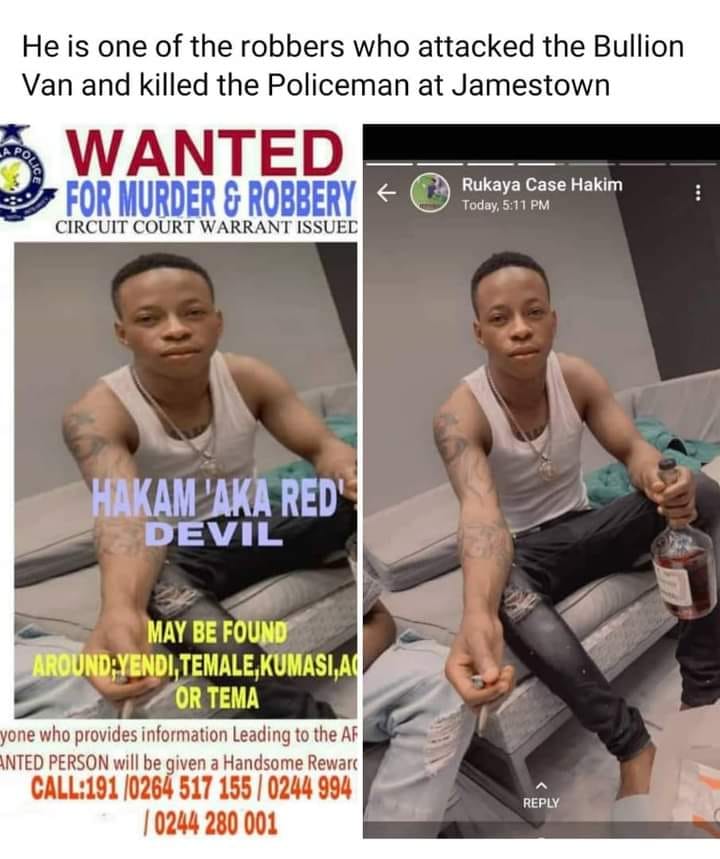