Ghanaians have taken to social media to mock Chairman Wontumi over his poor fashion sense to a live TV program on his Television network, Wontumi TV.

The outspoken NPP chairman who always boasts of his riches appeared on the show which was hosted by Irbad Ibrahim in a check check trouser and shoes to match.

Below are photos of Chairman Wontumi’s dressing which Ghanaians are talking about. 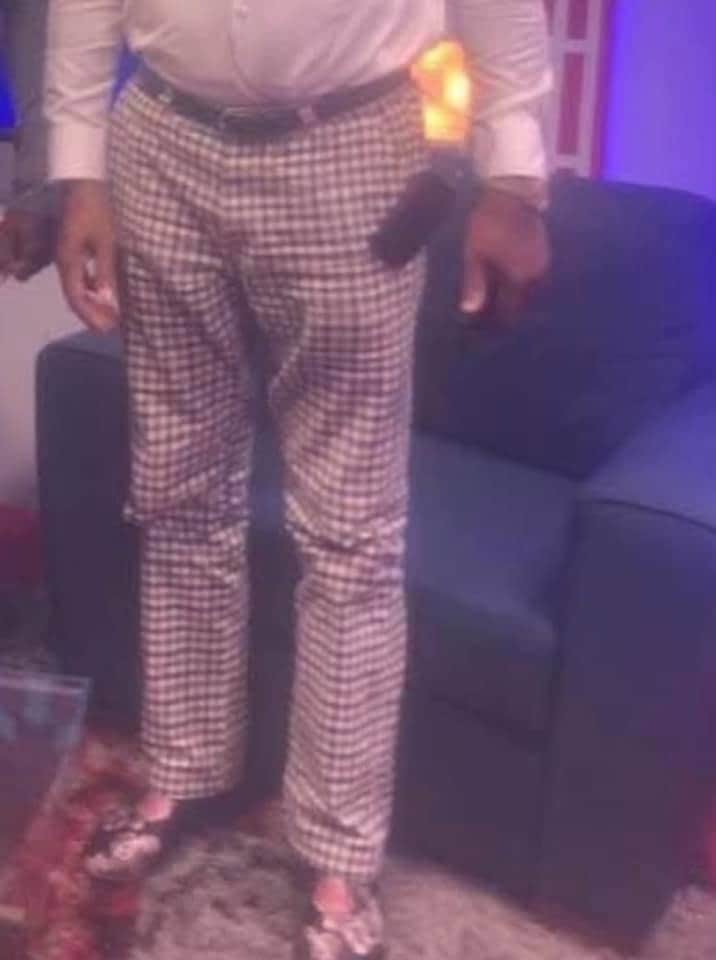 Some Ghanaians on social media were hoewever unimpressed with the fashion sense of rich Wontumi and have expressed their feelings as below.