Actress Benedicta Gafah is undoubtedly one of the few ladies in the Ghanaian entertainment industry who are naturally endowed at the right places and it became pretty obvious when she literally walked out [email protected] on her birthday when her colleagues at Zylofon Media surprised her.

Despite this obvious fact, she has been caught not once but on a few occasions in hips pads just to get some ‘dangerous’ hips to amuse her fans on social media.

READ ALSO: Scary! Shatta Wale Nearly Ran Over A Die-hard SM Fan With His New BMW Car When They Mobbed Him – Watch Video

After succeeding to be out of the news because of this reason for about a month now, the actress/entrepreneur in a recent photo she took while standing in front of a house wearing a USA-themed dress has been caught wearing hip pads again.

Even though people like myself who lack the critical eyes of the eagle admired her flawless beauty and ‘natural’ curves, those who have the eyes to see beyond the unimaginable busted her.

READ ALSO: Scary! Shatta Wale Nearly Ran Over A Die-hard SM Fan With His New BMW Car When They Mobbed Him – Watch Video

The photo which was captioned the photo: “God don’t play about me, seen it a multiple times”, saw one fan write: ” “Ur hip pad don shift.”

I guess it is finally time for her to give up on all her hip-pads because she will always be busted!

See the photo below 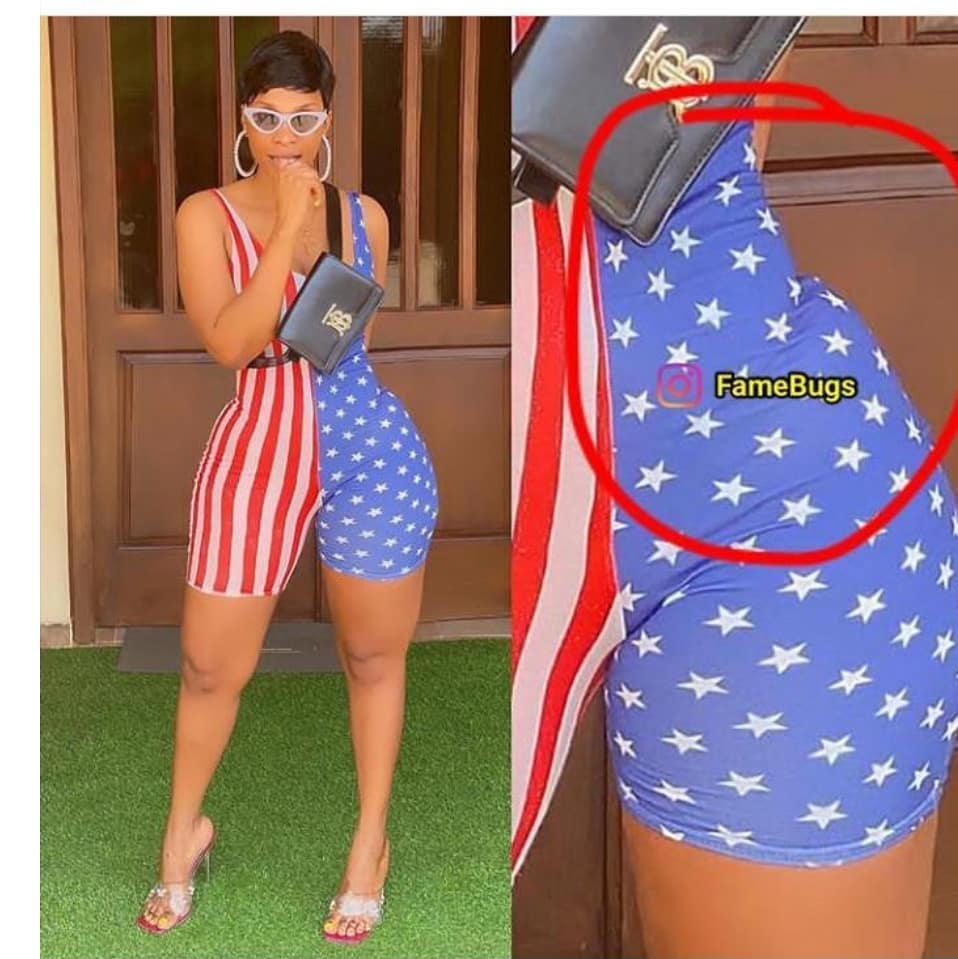