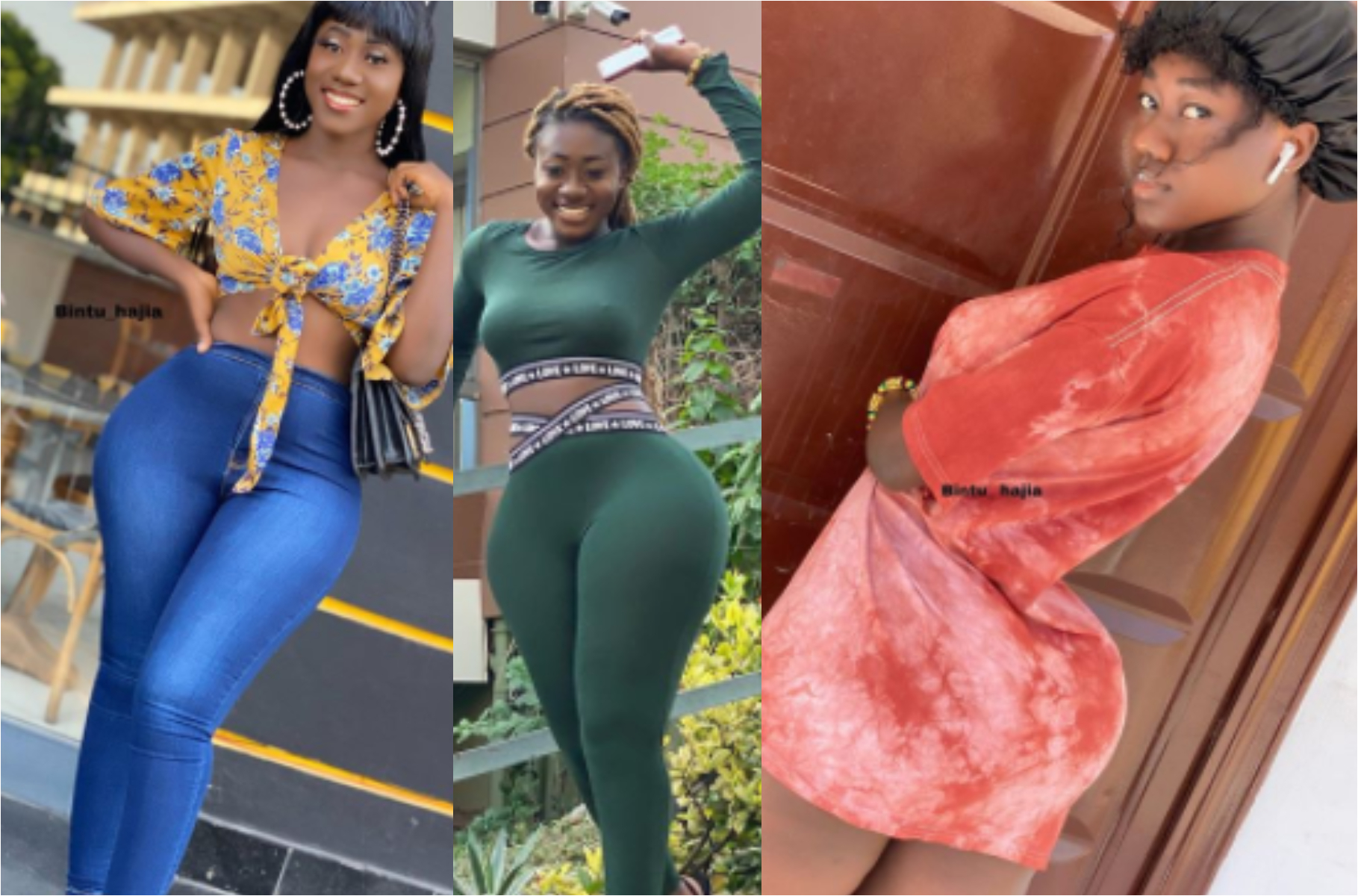 It has been speculated online that her mountainous back, which has made her one of the most popular people online currently is actually fake and not real.

Well, in a QnA with some of her fans on IG, Noami Asiamah, who prefers to be called Hajia Bintu for showbiz reasons has finally responded to this daunting question of the minds of many people who have come to like what they see at her back.

One of her fans on IG popped the question “is your azz all-natural” during the QnA which saw a lot of people determined to know her relationship status.

In response to this question, Hajia Bintu dropped an old photo of herself at a very tender age that had her back popping even at the time.

She added the response ‘answered’ to tell the fan that the evidence is what the picture shows.

See the screenshot of her response below 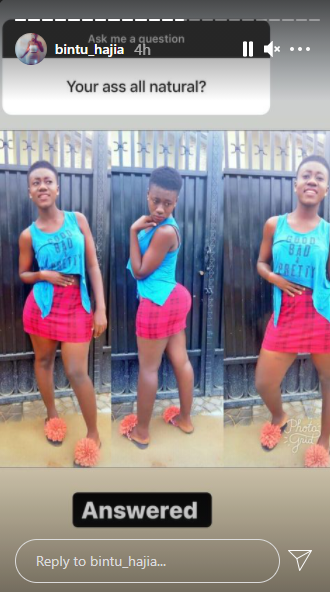 0
Social media has been on high alert for the search of the mystery lady who [email protected] Ghanaian rapper, D Black in a leaked @atopa...
Read more
Hot Gossips

Lady Who Exposed Married Man Chasing Other Women In Popular Facebook Group, Mummihood Finally Speaks; Reveals He Even Swore With His Scr0t.um

0
The beautiful young lady, Linda Maameabena Brefo after adopting one of the tactics in Anas' book of exposé to bring shame on one married...
Read more
Showbiz

BREAKING NEWS: Shatta Wale bows out of Asaase sound clash – These are his reasons

0
Shatta Wale has called the Asaase sound clash a quit with immediate effect. The revelation was made in a Facebook post citing reasons of...
Read more