It is either Sarkodie is currently in a deep slumber or he most certainly does not care about the damage this whole fake UN award that was given him might do to his brand as he has still not deleted the photos of the trophy and citation given him by fake Dr. Kwame Owusu Fordjour.

A check did on his various social media platforms yesternight when many of his other colleagues were deleting the photos and earlier this morning show that the embarrassing photos are still there.

While no concrete conclusion can be made as to why the photos are still there, I think that it might be that he is either being stubborn or arrogant but whatever the case may be, he should try and pull it down because it does not speak well of his brand.

See a photo of his pages as of this morning below 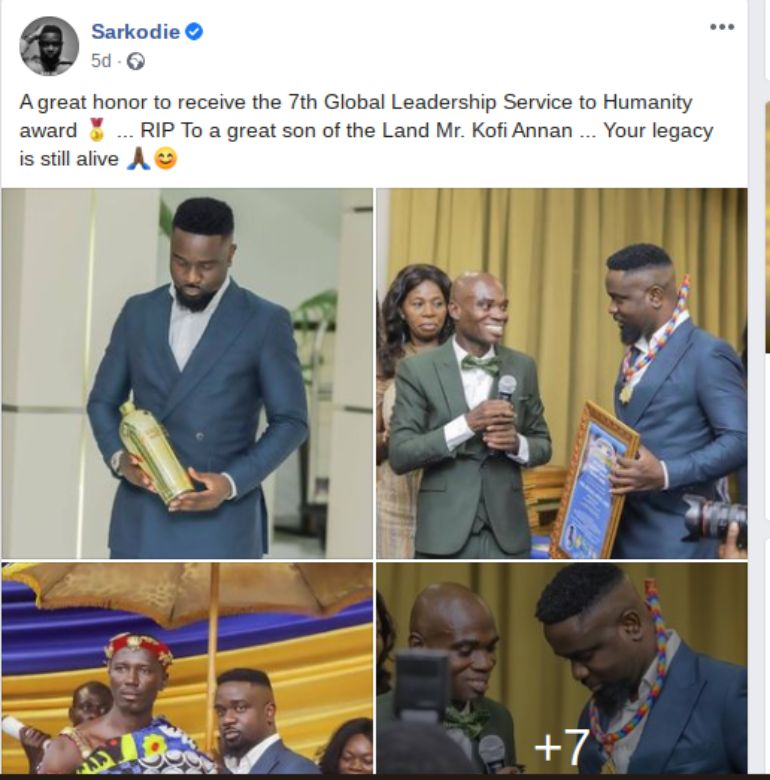 If you don’t know what is happening, news went viral on Thursday night that the 7th Global Leadership Service to Humanity UN Kofi Annan Award which was presented to numerous celebrities including Sarkodie, Berla Mundi, D-Black, Chairman Wontumi, and many others were flat out fake.

The brain behind the awards, who has been identified as one fake Dr. Kwame Fordjour, is a long time fraudster who ran a similar award scam back in 2010.

Just as he continues to keep the photos there, the trolls are still busy at work. Click here to check out the trolls.