The Management Of Tom D’Frick, Tom Consult Releases A Detailed Statement To Address Issues Of Misconduct By Its Artiste

Tom Consult and Music, the official record label of fast-rising musician, Tom D’Frick have released a statement to address some issues that have come recently which really did not augur well with some top industry players.

In a statement released on September 8th,2020, the management team of Tom D’Frick extends their sincerest apology and deepest remorse for some misconducts against some media personalities, groups of industry players, and individuals knowingly or unknowingly by their act.

They also went ahead to state that such unfortunate incidents were not intended by their act to discredit any individual or group, disrespect any media player, course enmity among artistes or incite any person involved.

They expressed their gratitude to the fans and everyone who made the brand a successful one and also ask Voltarians to support every Volta act in the industry.

Tom D’Frick has been nominated in the 1st edition of Volta DJs Awards as “Dj Artiste Of The Year 2020” and thereby asks his fans to vote for him.

Below is the full press release 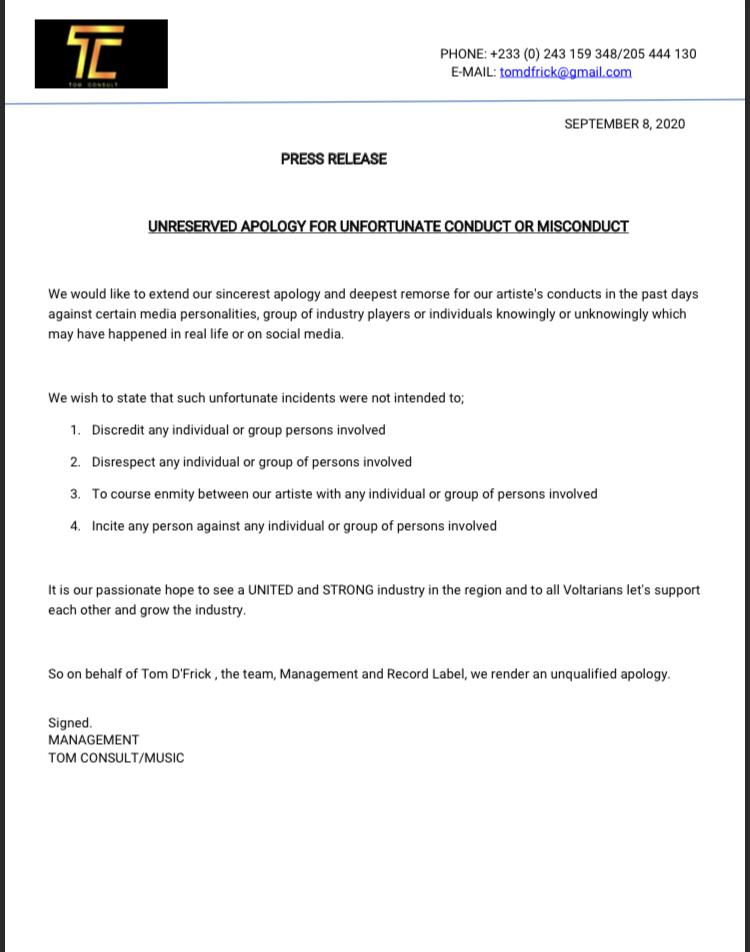