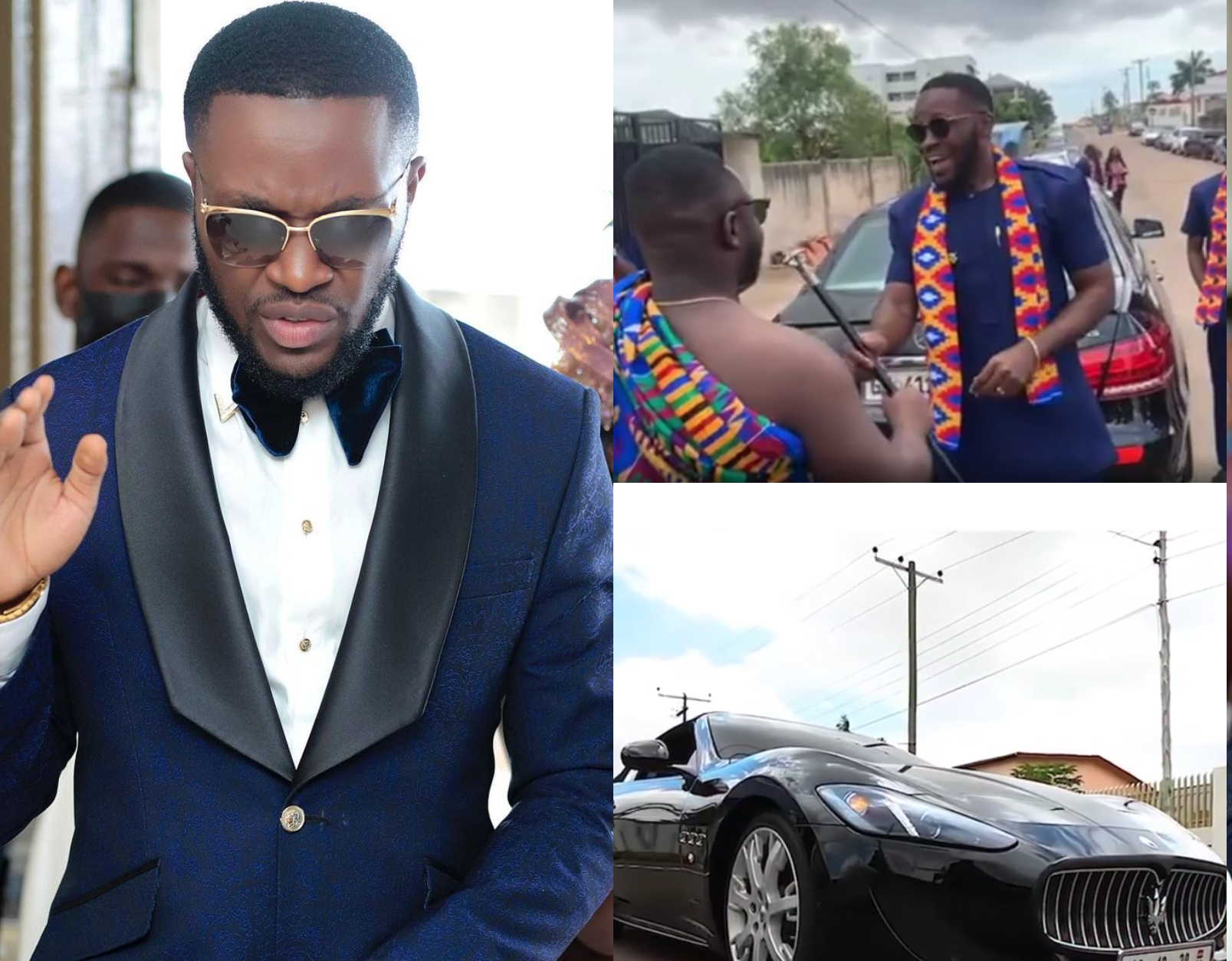 The son of rich business mogul Dr. Osei Kwame Despite, Kennedy Osei Asante has proved that he is a very humble person despite all the riches he has.

Over the years, his father who has named as his role model has been seen exhibiting similar traits and from all indications, Kennedy who happens to be his eldest son and also the General Manager of Despite Media is carefully following his footsteps.

In a new video spotted on social media, Kennedy Osei Asante has been spotted driving his friend identified as Dela to his traditional wedding in one expensive Maserati Granturismo.

In the video we sighted, a very happy looking Kennedy Osei was dressed in a blue and kente designed kaftan and sitting in the driver’s seat with a friend seated in the passenger seat while they cruised to the ceremony.

Check out the video below…

Dr. UN Might Be Mentally Retarded; Check Out How He Mocks Sarkodie, And Other Top Celebrities He ‘Fooled’ With A Crazy Video – Watch

0
He has become the huge talking point on many social media platforms for how he was able to cunningly scam a lo...
Read more
General News

0
Controversial Ghanaian counselor, Lutterodt, is back in the news again for all the wrong reasons again. The counselor seems to have a beef with women...
Read more