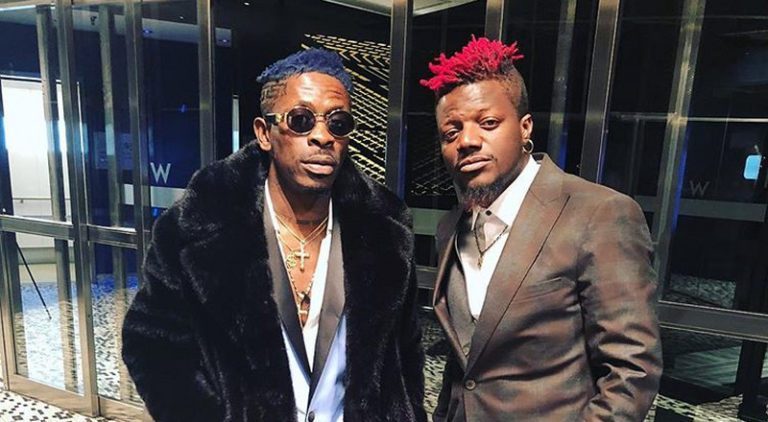 Hirbenated musician, Pope Skinny has just proven to the world that he is a very big hypocrite.

Despite his numerous attacks and claims that Shatta Movement president, Charles Nii Armah Mensah aka Shatta Wale is a very ungrateful person, who should not be in the life of anybody as a friend after he was sacked from the SM camp, he is back on social media today, October 17 treating Shatta Wale as a saint because he is celebrating his birthday.

READ ALSO: Another ‘Not So Fine’ Lady Lands Into Serious Trouble On Social Media Over Comments That Van Vicker’s Wife Is Ugly

This is from all indication an attempt to get into the good books of Shatta Wale but I have very strong doubts that it will work.

But if it does for him, then I guess everybody can say that Pope Skinny has played his cards very well even though he vowed never to do this not long ago.

P Square smoke the peace pipe? This is what Mr P Did To His Brother, Rudeboy While Celebrating His Twins

0
The popular saying “Blood is Thicker Than Water” is truly a wise saying. The battle for supremacy between the two Okoye brothers really left...
Read more
Showbiz

“I Was Too Good To School In Ghana”- Kweku Flick Brags

0
Upcoming Ghanaian musician, Kweku Flick, has stated that he was a very clever student during his senior high school days. According to the musician, his...
Read more
Showbiz