“I Am Still Being Haunted By Family Dwarfs. Obinim Prayers Did Not Work”- Pamela Odame

Ghanaian video vixen and actress, Pamela Odame Watara, has revealed that the prayers and deliverance that bishop Obinim conducted on her did not work.

The actress attended the controversial pastor’s church some few years ago for prayers. Obinim made a revelation to her that some Dwarfs in her family were preventing people from helping her before he prayed for her.

However, the actress has now revealed in an interview that her life is still the same as it was before she was prayed for by Obinim, as no person has offered her help up to date. 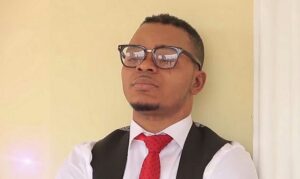 Counselor lutterodt however countered her claims on the interview by stating that, Pamela herself did not do anything to ensure that the prayers will work and so has no right to blame Obinim.