It appears that the supposed bipolar of young Ghanaian rich man, Ibrahim Daouda aka Ibrah 1 is back.

On his Snapchat yesterday, Ibrah 1 went on the rampage attacking MP for Assin Central, Hon. Kennedy Agyapong for the umteenth time despite the recent apology his brother offered on his behalf and mentioned that he was diagnosed with bipolar.

In the screenshots available to us, he describes Kennedy Agyapong as a f00l who is proudly banging ladies he has used and dumped a long time ago.

Ibrah one in his snapchat rant mentioned the name of the popular socialite, Queen Mona aka Hajia4Real, and one Amanda as a part of the tall list of female celebrities he has slept with in Ghana.

READ ALSO: VIDEO: Angel Obinim fools his ignorant church members; Gives them a trickster’s excuse after failing to fill their bags with instant money as promised

He added that Hajia4Real and this Amanda nearly killed each other over him during his birthday party in 2018.

His post reads: “I have had s*x with most of the female Celebrities who came for my birthday celebration back in 2018. The entire world witnessed it, Doctor Dzani also a witness because he was the one that cut my birthday cake. Amanda and Hajia4real nearly killed them selves over me. Kennedy Agyapong is a fool and if he doesn’t stop that Papa no thing, I will let him know that I’ve finished with all the goods they are enjoying now. I have f*ck the same woman with American artist Drake”.

See the screenshots below 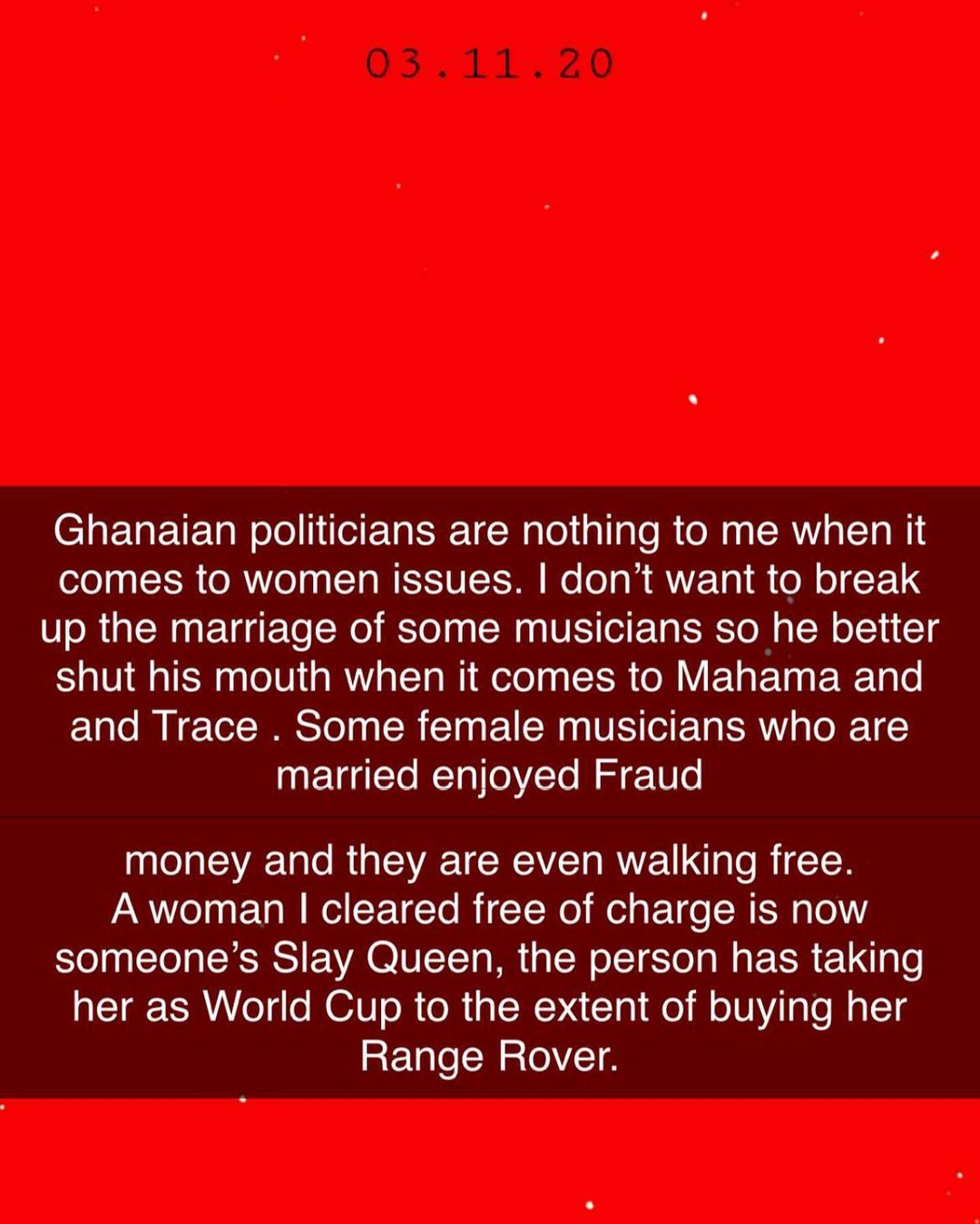 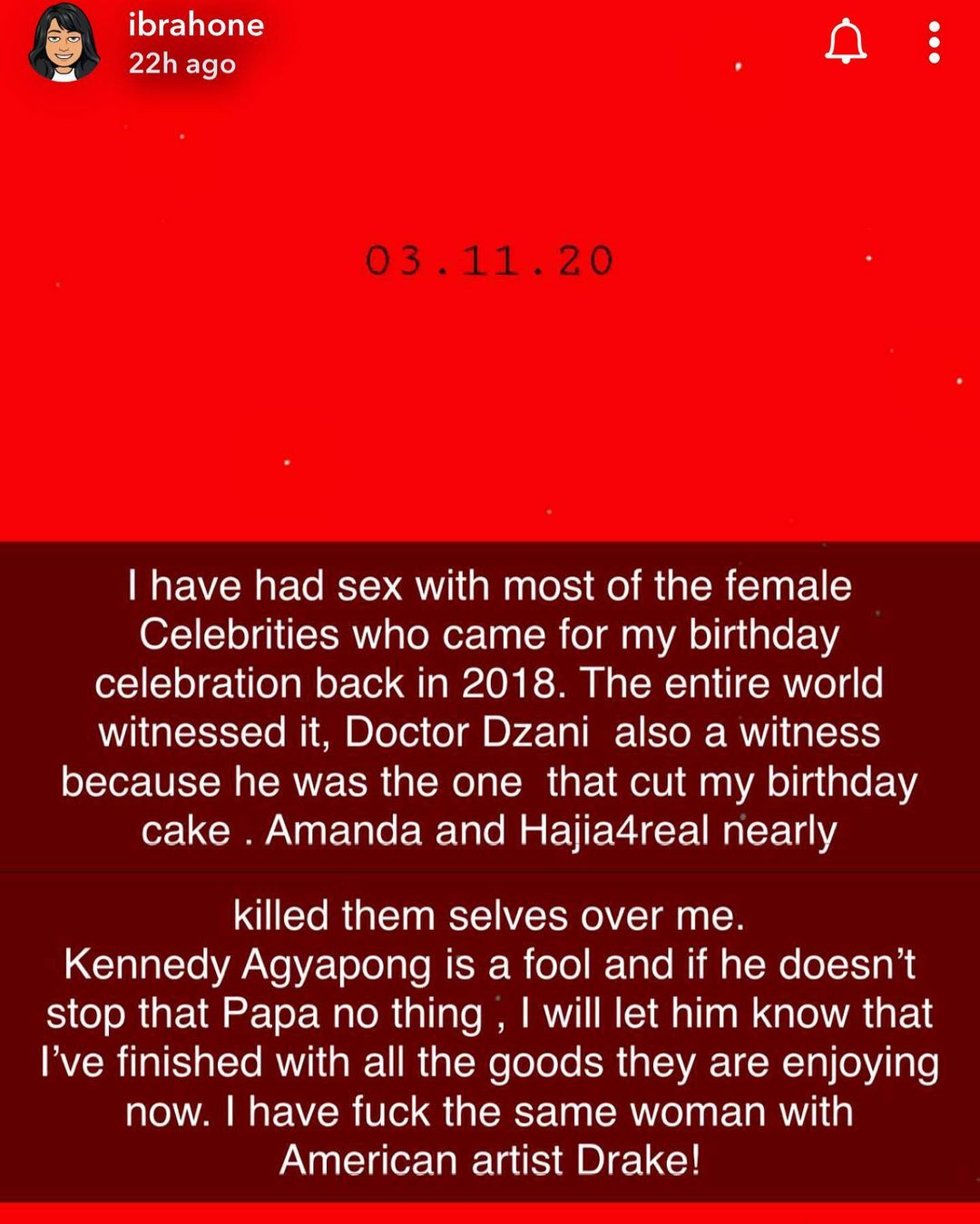