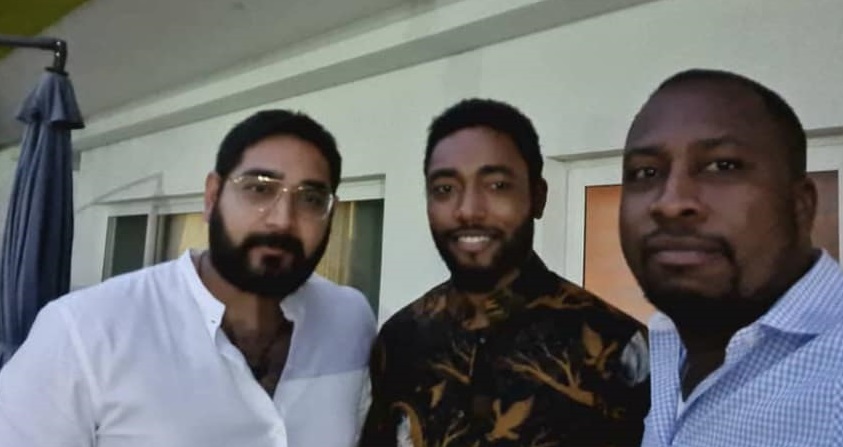 At the time the final funeral rite for former President Jerry John Rawlings was being organized by the state, there were a lot of issues about the number of children he actually fathered before he died.

Some alleged secrets children kept popping up from their ‘hidden’ place to bid him a final farewell and demand from their rightful places in the family.

READ ALSO: Tracy Sarkcess Replies Her Hubby, Sarkodie After He Asked Her To Join The #Silhouettechallenge

It started with two ladies and one ‘old man’ making a lot of headlines when they revealed that the former first gentleman of Ghana was their dad.

Because of the seeming resemblance, the unknown young man has with the late Rawlings and for the fact that he was Kimathi, many people said that he was another illegitimate child.

As this new story about this young man being the son of late Rawlings. we have come across a post that looks like a clarification.

From what we have picked up from one Facebook user called Edzordzi Kofi Dzikunu, this young man is a friend of Kimathi Rawlings from India and not Israel.

Setting the records straight, Edzordzi Kofi Dzikunu wrote: “He’s not an Israeli nor His son…he is Kimathi’s very good friend from India… Eii Ghana and ‘Konkosa” you go believe and even add more to make it sweeter”.

0
It was an eyesore in the Ashanti region of Ghana as the youth Adwumakasekese in the Afigya Kwabre south district besieged the a neighboring...
Read more
News

0
Bridget Otoo narrates her terrify experience after taking the covid-19 jab. Vaccination is still on going for the covid-19 after Ghana received 600,000 dozes of...
Read more
Showbiz

0
Veteran Ghanaian singer Mzbel has opined that Cyberbullying should be made punishable by law to prevent people from insulting and denigrating others online. Speaking in...
Read more