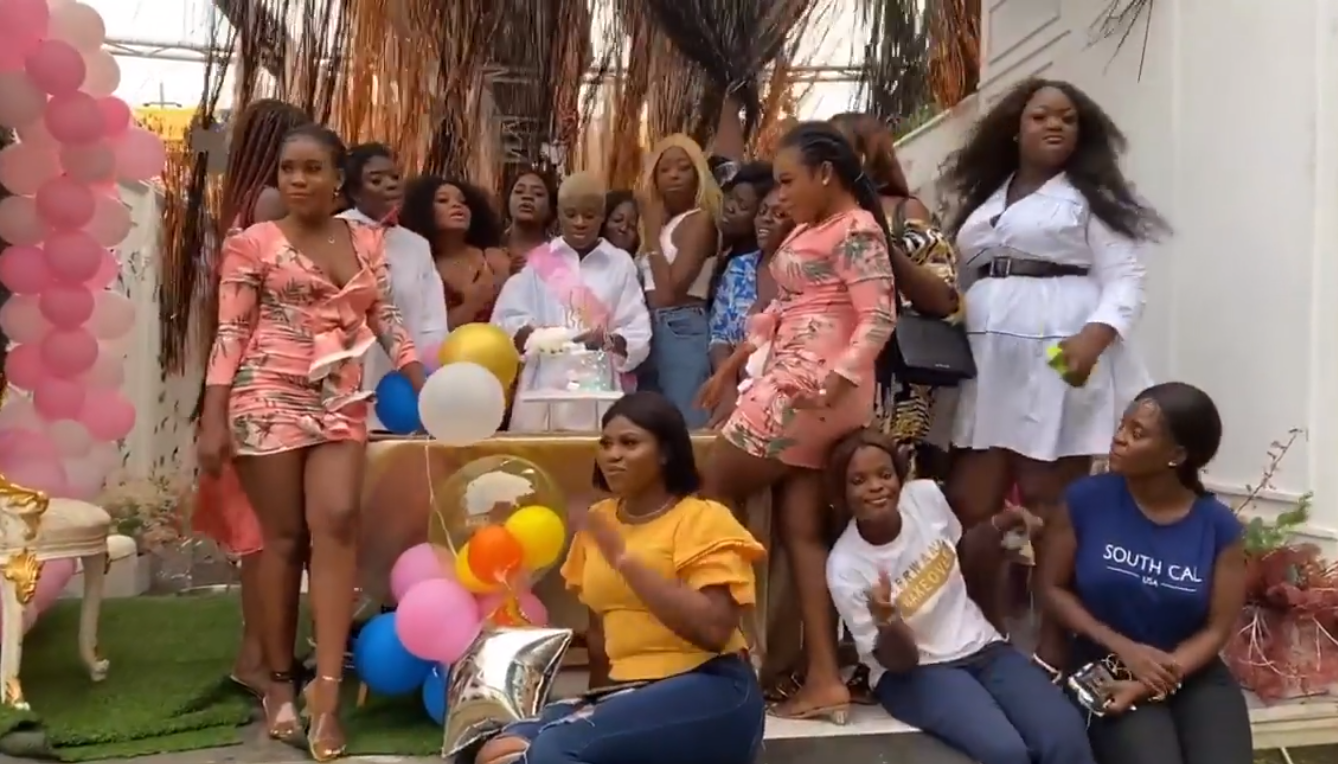 It started off as a rumor because they were just six months into their marriage but it finally became a confirmed story that Ghanaian actress/entrepreneur Fella Makafui and her rapper husband, Medikal have indeed welcomed their first child– a baby girl.

Just a few days after they dropped the much-anticipated confirmation on their respective social media pages, the actress has released a classy video of the special baby shower she organized for the new baby before she finally came into the world.

READ ALSO: Cause Of Joyce Blessing’s Marriage Collapse Revealed By Former Assistant; A Gym Instructor May Have Led To The Collapse Of The Marriage

According to Fella Makafui in the caption of the video thegosssipmall.com came across, she would not in this life or the next trade that moment for anything in the world!

In the classy video seen, she expectant Fella Makafui was seen surrounded by friends and loved ones who helped her toast and dance to the life of her baby.

0
Information reaching thegossipmall.com has it that some Suspected Fulani herdsmen have laid ambush on travellers plying the Benin-Ore road in Nigeria and currently keeping...
Read more
Showbiz

VIDEO: Repented Afia Schwarzenegger begs Mzbel for forgiveness as she tries to turn on a new leaf