Ghanaian actor and politician, John Dumelo, has gotten himself in trouble with social media trolls after posting a picture of his toothbrush.

The Ghanaian politician recently lost in his bid to win the Ayawaso West Wuogon parliamentary seat despite all the freebies he gave away and was trolled severely online for it.

Now, John seems to have brought himself again. The actor posted the picture of the toothbrush along with sachet water, which showed that he had just finished brushing his teeth.

The trolls believe that he had spent all his money on his parliamentary campaign and so cannot live a flashy lifestyle anymore. 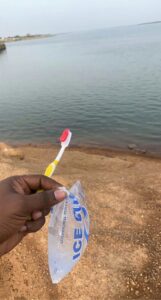 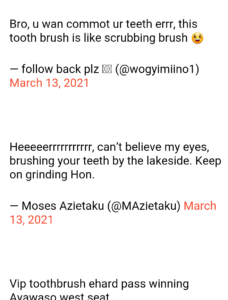