The Actress responding to a post on Instagram by a user dropped another genuine stunner about ex-president John Mahama.

In the most recent ‘exposè’, Afia Schwar charges that John Mahama has side-chicks concealing someplace in Spintex in the Greater Accra Region.

As per the blunt media personality (Afia), Mahama has been offering cash to these young ladies including that she has more insider facts to uncover if she’s challenged by the NDC.

She dropped these condemning allegations after this remark by the Instagram user.

ALSO READ: Sam Jonah Is Not The Father Of My Daughter – Tracey Boakye Speaks Out

She replied; “@moda.anabel but how will the People with the vote feel about ….the money he gives to his b*tches..Don’t Dare Me to tell Ghanaians about Jesus! Ask John Mahama about his spintex connection.” 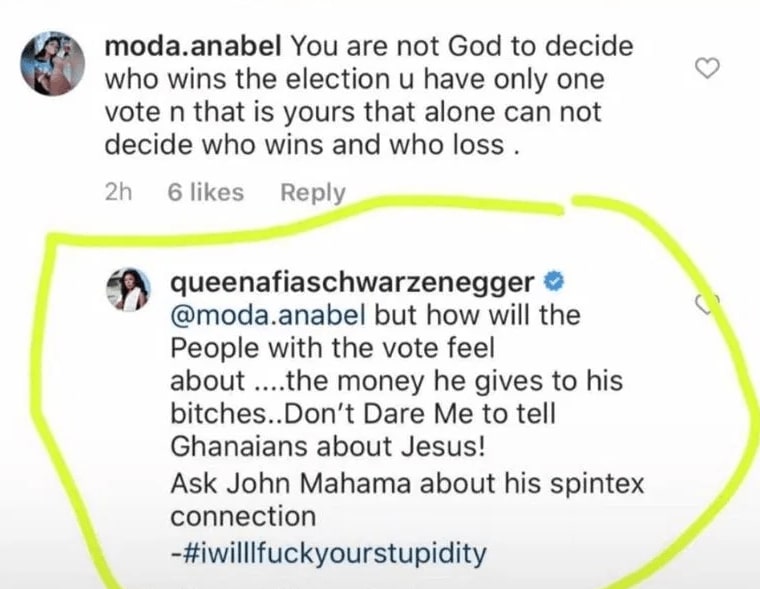