Ghanaian police officer Superintendent of Police (SP) Zeprain Zenge, who’s the Jomoro Municipal Police Commander has allegedly ended his life according to a report by Ghanaweb. 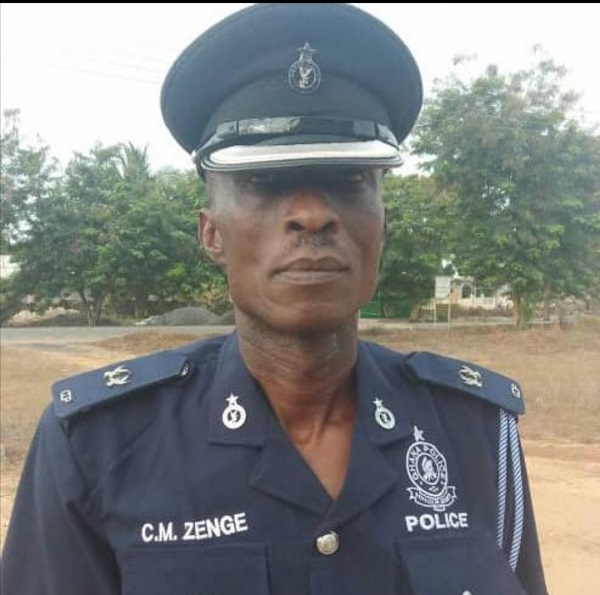 He’s said to have committed suicide by shooting himself with a gun at his official Bungalow at Half Assini.

READ ALSO: Tracy Sarkcess Replies Her Hubby, Sarkodie After He Asked Her To Join The #Silhouettechallenge

Ghanaweb’s News correspondent in the Western Region confirmed that the incident took place in the early mornings of Saturday.

Public Relations Officer of the Western Regional Police Command, Deputy Superintendent of Police (DSP) Olivia Adiku, confirmed the news to Ghanaweb. She however ever refused to divulge any further details.

The body of the late (SP) Zeprain Zenge is yet to be deposited at the Effia Nkwanta Regional Hospital mortuary for autopsy and preservation.

It was it early 2017 that the late SP Zeprain Zenge was posted to Jomoro Municipality as the Municipal Commander.

He died at the age of 57. Reports indicate that he’s from Nandom in the Upper West Region.

Jomoro was his first place to work as a District Commander.

VIDEO: Shatta Bandle tells the reason for his recent absence from social media

(VIDEO) Greedy Mzbel would have slept in the dog’s kennel if I was paid 5k after sleeping with it – Afia Schwarzenegger responds to...

0
Afia Schwarzenegger has responded to Mzbel in a fresh video after the latter alleged that she slept with a dog belonging to a Chinese...
Read more
Showbiz