Ghanaian socialite, Efia Odo, has descended on some people she refers to as not being real music producers in the country. 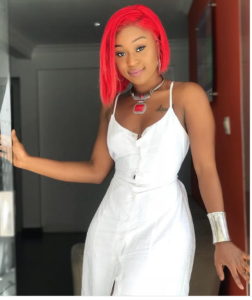 Her comments come after some music producers have alleged, that some musicians failed to pay them for their services.

Reacting to the issue, the socialite stated that just because some people make beats does not qualify them as being producers. 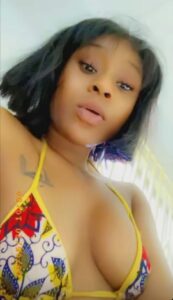 She stated that producing music is actual thing and not just the making of beats.

She posted:
Some of all ain’t producers, y’all just beat makers. Making beats doesn’t qualify you as producer. Producing Music is a whole production and you are head of production.” 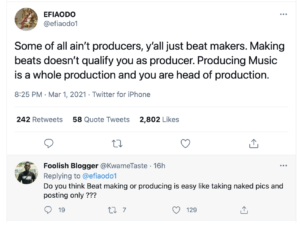 Her comments was however not received well by a user by the name of ‘Foolish blogger’ who attacked her for it.