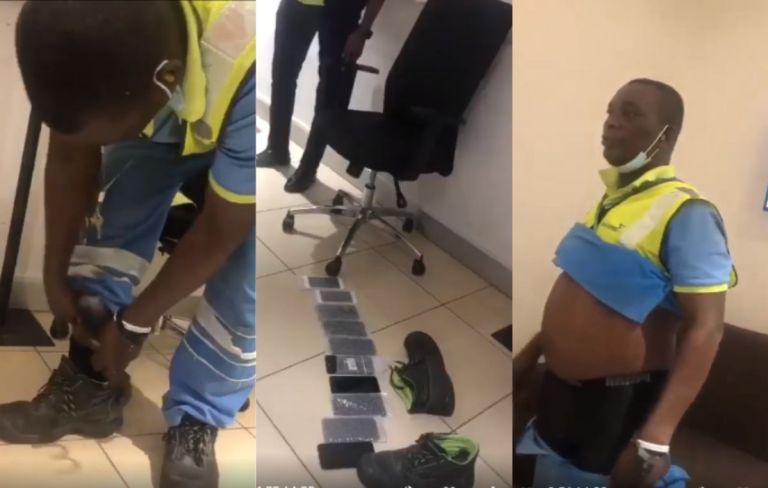 A Kotoka International Airport staff has been caught with ten stolen iPhones, which are 8+s in his socks.

In a viral video we have seen, the fully grown was seen bringing out the phones from his socks as his bosses who caught him interrogated him.

Looking very ashamed, the thief could not utter any word to save his soul after he was nabbed but only tried to act like a respectful person as his pockets and private parts were searched.

The case of this nabbed thief is one of the many which go unnoticed at the Kotoka Internation Airport occassionally.

Veteran Actress, Kalsoume Sinare Is Not The Mother Of The Twins She Flaunted – ‘Close Source’ Discloses Their Mother’s Identity

0
It turns out that the thinking of many people that veteran Ghanaian actress, Kalsoume Sinare has given birth again is not true. The reports that...
Read more
General News

0
The head of programs at Despite Media, Afia Pokua, who is commonly known as Vim Lady, has offered some inspirational words to Ghanaian Women...
Read more
Showbiz