Ghanaian traditional priest, Nana Kwaku Bonsam, has also descended heavily on Pope Skinny for saying that, the late Ebony Reigns was killed due to lesbianism. 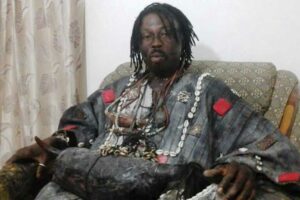 In an interview on Happy FM, the fetish priest clarified the air on the matter. He stated that, Ebony was not a lesbian as Pope Skinny said. Nana Kwaku Bonsam also warned Pope Skinny to desist from making false comments about dead people.

“Why is it that for three years, you kept that information till now that this whole issue about gays and lesbians has come up? If you know people who are alive and are gay, mention their names so that they can confirm or refute but not someone who is dead. Were you there when she was doing her lesbianism?” he stated. 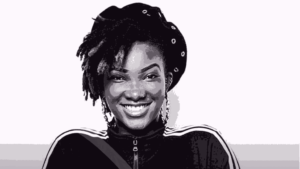 I knew Ebony very well and I won’t lie about such an issue but I am just disappointed in Pope Skinny for what he said. Such allegations should not be made especially about a deceased,”

Kwaku Bonsam also revealed that he was once in the same bus with Ebony and her boyfriend and so he knows what he is talking about.