For over six months now, there have been a lot of reports that the marriage between Dr. Kwaku Oteng and Akua GMB has hit the rocks because the latter cheated on the rich businessman with a younger and more energetic man.

After these reports went rife, Akua GMB in all her public outings was spotted without the ring that was given to her during their traditional marriage ceremony.

In a new development, Akua GMB has been spotted happily and proudly rocking a ring on the wedding finger – but we can’t say if it is the same ring that Dr Kwaku Oteng gave her.

The photo, which was a part of the numerous classy photos she shared on her Instagram page on her birthday has got many of the netizens who have been keeping tabs on her wondering why she is back to the wearing of a ring.

I guess the question that is lingering on the mind of all these people, including my good self is whether or not she is ‘back’ with Dr Kwaku Oteng or she has married another man no one knows about?

See the photos below and tell us what you think 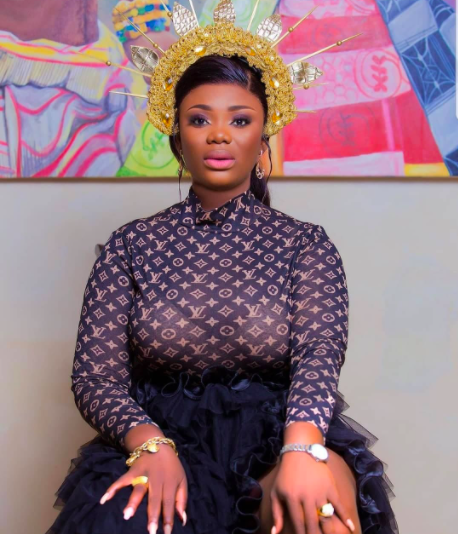