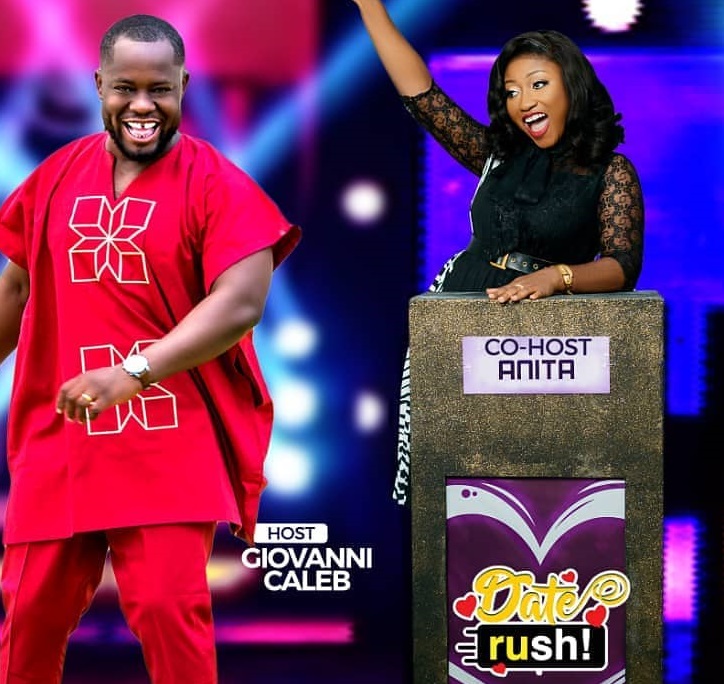 TV3’s most-talked-about love-finding reality TV show, Date Rush is finally back on the screens of religious viewers after a little break following the end of season three. Tonight’s episode happens to be the 1st of this season’s Date Rush.

READ ALSO: RAW SAUCE: Benedicta Gafah serves netizens with her hot body in a b!kin! on a hot Sunday afternoon

The show however has a new face as host after the host of the previous seasons, Nii Kpakpo Thompson was fired just before the start of season four. The new host is none other but award-winning radio presenter and MC Giovani Caleb of 3FM and TV3 fame. He will be ably assisted by Anita Akuffo also of TV3. It should be noted that season 4 of TV3’s love reality show, Date Rush was launched on Sunday, January 3, 2021, amidst a lot of protests online.

0
Just when we all thought that Shatta Wale's 40th birthday would be catapulted to the entire globe by a simple wish by Shatta Wale's...
Read more
Showbiz

0
It was all over the news portals that actress Jakie Appiah was pregnant for Liberia President, his excellency Oppong Weah.