Fella Makafui, the wife of AMG Business rapper, Medikal has given social media users something to feast their eyes on today, March 19.

READ ALSO: Rasta Man Denied Admission At Achimota School Because Of His Dreadlocks

Per the caption she gives to these photos, it appears Fella Makafui shared the photos to advertise for a company that is into the production of waist trainers — well, she was wearing one herself.

Even though some may say the photos are quite revealing for a married woman and a mother of one, it appears her friends and husband, Medikal loves 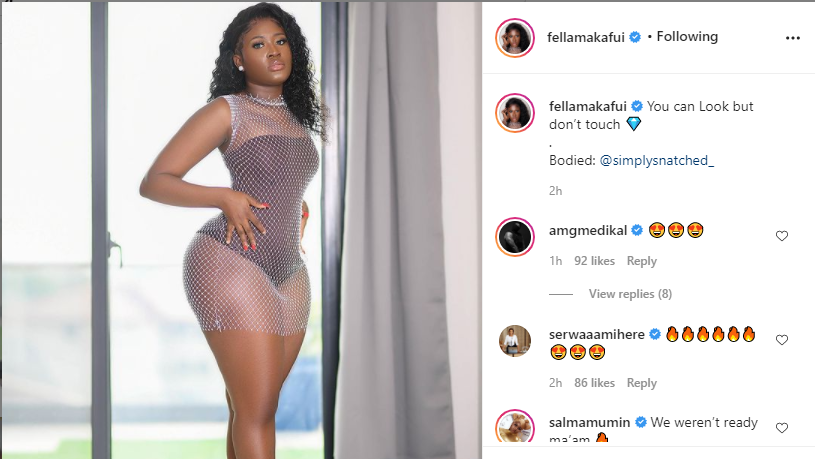 The award-winning rapper in reacting to one of the photos used three love emojis.

See the photos below